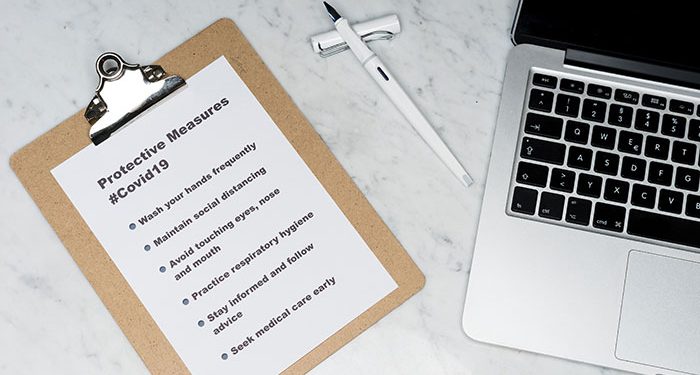 Kentucky Gov. Andy Beshear and his family have chosen to go into voluntary quarantine after exposure to an individual who later tested positive for COVID-19. A security detail had driven the family – they were all wearing face masks, according to reports – to a function before testing positive the day after.

Gov. Beshear announced he was “potentially exposed to a person with COVID-19 late Saturday afternoon” and that his family had decided to quarantine out of an abundance of caution. He said he and wife Britainy Beshear and their two children have chosen to lead by “setting an example” by withdrawing themselves from the general public until the Kentucky Department for Public Health clears them as safe.

The first family has been tested for coronavirus and they are all negative and completely asymptomatic. Beshear said they will continue to undergo periodic tests while remaining in quarantine until cleared by the DPH. He added that he will continue to deliver daily coronavirus updates through the media until he is able to mix freely with people again.

According to him, he decided to quarantine after a contact tracer called him to inform him that the trooper who drove him the day before was positive and that he and his family may have been exposed.

“So we’re doing what those tracers ask us and others to do,” he said. “We’re going to be quarantining until the (state) Department for Public Health says that we’ve completed what we need to.”