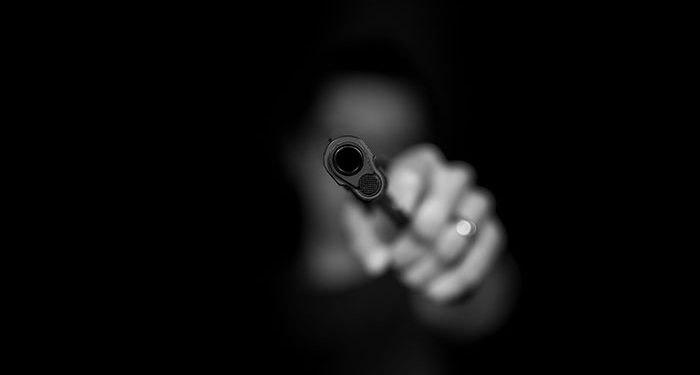 Investigators at the Los Angeles County Sheriff’s Homicide Division have offered $100,000 for help with arresting and convicting the lone shooter who attacked two deputies in Compton, California. The gunman on Saturday, September 12, 2020, approached two deputies who were seated in a squad car and shot them fatally at about 6:58 pm before fleeing on foot. The incident happened at the MLK Transit Center in Compton and it was caught on video.

“Alone gunman ambushed two of our deputies last night,” the Sheriff’s department announced on Twitter. “The suspect approached the vehicle from behind and fired several rounds from his firearm at the deputies, striking them. The deputies sustained critical injuries. The suspect is described as a male Black 28-30 years-old, wearing dark clothing. There is no additional information available at this time.”

The shot policemen were a 31-year-old mother who is raising a 6-year-old child and a 24-year-old man. Both were recruited into the police department a little over a year ago and they are said to be in very critical condition at the St. Francis Medical Center in Lynwood where they underwent surgical operations to save their lives.

“They were saying ‘Death to the police’ and ‘Kill the police,’ and these are sheriffs, but the message is still the same,” the religious leader said. “They were using all types of curse words and derogatory terms. Unacceptable behavior, because a hospital should be a sanctuary.”

Policemen made several arrests, including a news reporter who was charged with obstructing a legal arrest. President Donald Trump condemned the attack and called the shooter an animal who must be killed if the hospitalized police officers die.

“If they die, the fast trial death penalty for the killer,” Trump said. “Only way to stop this. Animals that must be hit hard! Please pray for these two Sheriff Deputies. Their lives matter.”

Presidential candidate Joe Biden also condemned the attack, saying the perpetrators must be brought to book.

“This cold-blooded shooting is unconscionable and the perpetrator must be brought to justice. The violence of any kind is wrong; those who commit it should be caught and punished,” Biden tweeted. “Jill and I are keeping the deputies and their loved ones in our hearts and praying for a full recovery.”