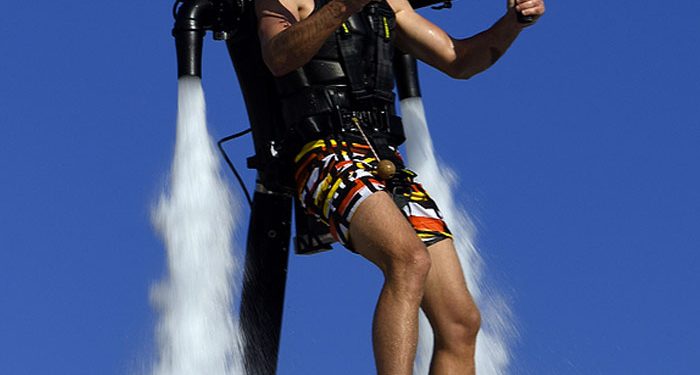 There has been a report of a second person wearing a jet pack close to the Los Angeles International airport following a report of the same nature made on September 1. The report which was made on Wednesday is the second in a little over a month. The two riders that were sighted were flying close to the airport on airplane flight paths.

On Wednesday, an air traffic controller notified the pilot of a commercial passenger plane which was about to land of the presence of a person that was on a jet-pack. The individual was flying at almost 6,500 feet in the air, almost on the path of the airplane.

One of the crew members of China Airlines reported observing an individual flying about seven miles Northwest of the airport. The crew member’s report states that the jet-pack flyer was flying around 1:45 pm. The Federal Aviation Administration announced that law enforcement agencies of Los Angeles are investigating the incident.

“One of the crew members of China Airlines reported seeing an individual flying at about 6,000 feet, the individual had a jet pack and was just seven miles northwest of LAX,” the Federal Aviation Administration stated.

This is the second time an individual has been sighted flying close to the international airport. On Sunday, September 1, an American Airlines plane, American 1997, reported sighting “a guy in a jet-pack” at 6:35 pm at 3,000 feet. The crew reported that the individual was about 274 meters (about 300 yards) away from the airplane. Crew members of another airplane reported sighting the same individual about 10 minutes later.

The FAA stated that it has made a report to local law enforcement agencies and an investigation is ongoing. Sources have notified reporters that the FBI is also investigating the incident. Likewise, investigation on the September 1 sighting is still ongoing.

During the first incident, American 1997 reported sighting an individual flying about 300 yards from the aircraft, east of the Los Angeles international airport. The audio exchange between the pilot and the control tower was later made public.

About ten minutes later, Jet Blue Airways also reported sighting an individual wearing a jet-pack close to the airport at high altitude. The tower proceeded to warm another airline about the jet-pack propelled daredevil.

“Only in L.A.,” the air traffic controller stated towards the end of the exchange.

People with Blood Type O May Be At Less Risk from COVID-19, New Studies Say