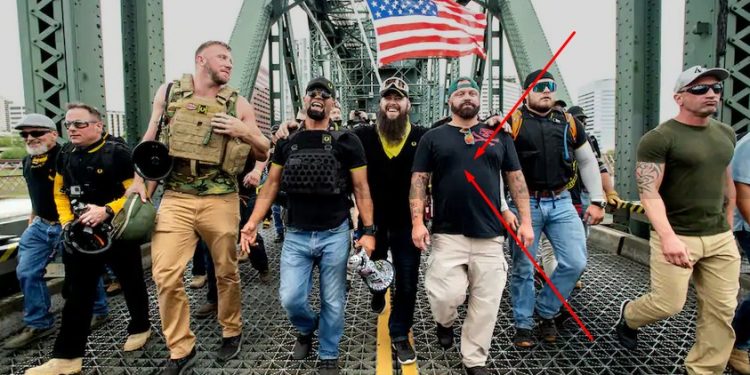 Joseph Randall Biggs, the organizer of the far-right radical group, Proud Boys, was arrested in Florida for his part in the January 6 riot in the US Capitol. Authorities say that Biggs is currently in detention and is being charged on three counts of obstruction of proceeding, illegally accessing restricted grounds, and disorderly conduct, the Washington Post reports.

Biggs is currently being held in home detention alongside other restrictions after he made an appearance in an Orlando court on Wednesday.

The 37-year-old is designated as the administrator of the Proud Boys in the affidavit the FBI submitted before the court. The affidavit puts Biggs at the Capitol on January 6 during the riot. It also states that Biggs encouraged members of his group to turn up en masse, prepared for violence on the day of the riot.

Biggs’ Parler posts before the incident show he intended to attend and wanted others to attend the riot, urging them to come for an incident which is going to be “epic” according to the affidavit. The FBI also stated that video footage shows Biggs urging rioters on as they broke into the Capitol.

On Parler, which was removed from the Amazon Web Services for failing to bring down contents that seemed to incite violence, Biggs told the members of the Proud Boys group to avoid wearing clothes or ornaments that will make them easily noticeable in the crowd, the FBI reveals. Parler is a platform widely used by far-right groups that left Twitter en masse after former President Donald Trump was suspended from the app.

When reporters asked Biggs about his reaction to the insurrection charges facing his group, he stated that all the details of the case will be revealed in the courtroom.  His lawyer also refused to make any comments about the case. The FBI affidavit reveals that members of Biggs’ group appeared to have earpieces which they used to communicate with one another on the day of the riot.

The charge against the Proud Boys group is one of many charges against far-right groups for allegedly scheming to stop the counting of the Electoral College votes on January 6. Biggs told the authorities that he did not forcefully enter the building nor involve in or had any knowledge about the night before the date.

Biggs has been a prominent member of the group, appearing in all its meetings and gatherings. He is also known for his speeches against people who identify as anti-fascism.