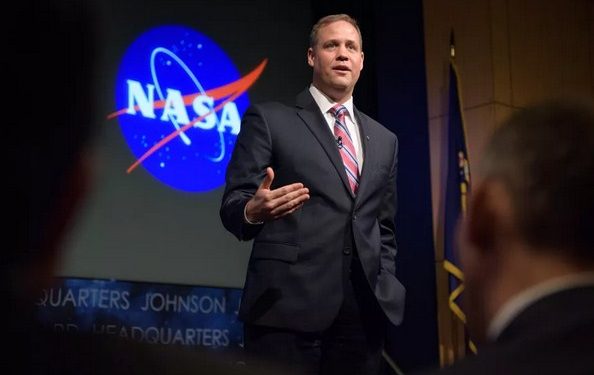 Former US lawmaker and NASA administrator, Jim Bridenstine, gave a farewell speech after he resigned from the space agency on January 20, 2021. The former Congressman talked at length about the diverse policies that influence space exploration. While Republicans are pushing for moon exploration, Democrats want NASA to focus on exploring Mars.

“The two parties pushing for the exploration for different parts of space will divide the effort and make it slower,” the Republican politician said. “Space exploration should not be partisan; we should all work together for science, exploration, and discovery.”

Bridenstine implored his yet to be appointed successor to work with lawmakers from the two parties so that the aim of the agency remains constant and undisturbed by the change in administrations. NASA, probably more than any other government agency, is affected by transition in governments as a result of the fact that most of its programs last for several years.

Bridenstine stressed the effects of transitions on NASA and stated that the situation can only be helped if both parties come together to NASA’s vision alongside the agency’s foreign partners. He explained that the Artemis program is a part of that vision, and it should not be ignored by the new Democrat-led administration. The program seeks to put the next man and the first woman on the surface of the moon by 2024.

“I hope in about two decades from now, my children can observe a new set of astronauts as they make discoveries on the moon, and I hope that I’ll be here to observe such amazing feat when it happens,” the 45-year-old former NASA administrator said.

The Artemis program is being supported by Congress, though not on the scale that NASA had pursued. NASA tabled a budget of $3.3 billion before Congress for the moon exploration program, but it received only $850 million. Bridenstine, who was approved as the head of NASA in 2018, said he appreciates the funds since Congress’ support of NASA has improved by hundreds of millions of dollars since he assumed office as the agency’s head.

The former Oklahoma 1st Congressional District representative said he looks forward to spending more time with his family now that he is no longer with NASA. He said he also looks forward to seeing NASA achieve more milestones such as its plan to send a rover to Mars next month.

Jim Morhard, NASA’s Deputy Administrator is also leaving the agency, so before Biden names the new head of the agency, Steve Jurczyk, NASA’s Associate Administrator will head the agency. Jurczyk and the yet to be appointed administrator have their work cut for them since they will be working towards meeting the 2024 deadline to land astronauts on the moon.