Lenovo Unveils its ThinkReality A3 Smart Glasses at CES 2021 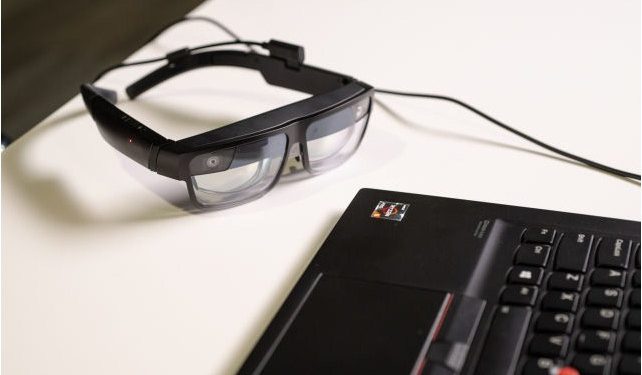 Lenovo unveiled a new device for its ThinkReality line at the CES 2021. According to Lenovo, the A3 Smart Glasses design is one of the most advanced and versatile smart glasses, but it will be available only for enterprises. The ThinkReality A3 smart glasses come in form of a pair of smart glasses that work for AR-guided workflows and 3D images, Lenovo said, adding that the introduction of the smart glasses meets a part of the world’s need for more smart gadgets.

Lenovo’s first ThinkReality device, the A6 stretches across the head from its chunky thick mixed reality goggles to its strands that connect at the back of the users’ heads, giving it quite a chunky look and fit. Lenovo apparently corrected this issue, because the A3 looks just like an ordinary pair of smart goggles. The company also announced that enterprises can choose to alter the available industrial frame options in the smart glasses, to make them, even more, safer and long-lasting.

The ThinkReality A3 smart glasses are operated by the Qualcomm Snapdragon XR1 SoC, a kind of chip that is adopted for mixed reality and virtual headsets. The smart glasses come with an 8 MP camera with a video resolution of 1080p and are designed to reflect up to five virtual high-resolution displays. They also come with dual fish-eye cameras that can be used to track things in an area as large as a room, Engadget reports.

Users will need to connect the headsets to their Personal Computer or a Motorola Android phone. The smartphone will have to be one that uses any one of the Qualcomm Snapdragon 800 series processors. It can also be connected with a USB-C to function.

While the PC version employs Windows software tools and apps, the A3 Industrial version is powered by Motorola’s ThinkReality software platform. The software platform is used for hands-free augmented reality jobs. According to Lenovo, which owns Motorola, it wishes that different applications will be created to work with the headsets in different sectors. The company said the headsets can be used in sectors where there are limited room and secrecy.

Company plants, retail shops, laboratories, and other such industries can use the headsets, according to Lenovo. The company did not announce a selling price for consumers since the headsets were designed for enterprises, but it stated that from June 2021, the device will become available in certain markets in the world.

US, Australia, UK, and Canada Condemn Arrest of 55 Activists in Hong Kong