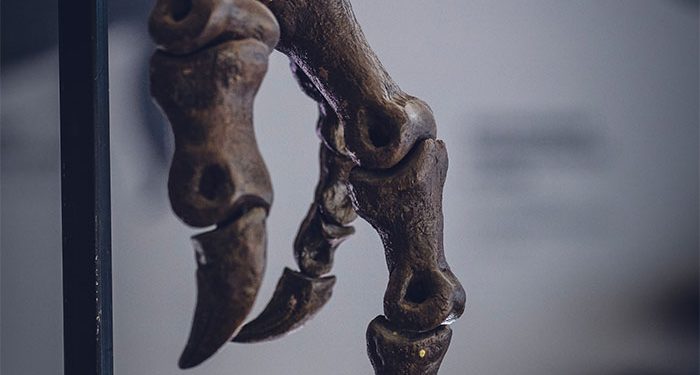 Scientists have found the remains of two dinosaurs which lived 125 million years ago in the western Liaoning Province of China. The dinosaurs were trapped in a volcanic eruption and they remain perfectly preserved till today.

According to the finding published in the journal PeerJ, the discovered dinosaurs have been named Changmiania liaoningensis, meaning “eternal sleeper from Liaoning” in the Chinese language. The study’s co-author and paleontologist, Pascal Godefroit, said two dinosaurs must have been sleeping in their burrow nests when the volcano erupted and trapped them.

The study authors said the Changmiania liaoningensis was a much smaller creature that fed on plants. It was about 4 feet long with a long tail that supported strong hind legs. It is smaller than the titanosaur and may have walked upright or possessed the ability to run fast like iguanodons. With its short forearms and neck, it could burrow into the soil where it would nap – a lifestyle that made it to be trapped when the earth moved by a volcanic eruption.

“Certain characteristics of the skeleton suggest that Changmiania could dig burrows, much like rabbits do today,” Godefroit added. “Its neck and forearms are very short but robust, its shoulder blades are characteristic of burrowing vertebrates and the top of its snout is shaped like a shovel. So we believe that both Changmiania specimens were trapped by the volcanic eruption when they were resting at the bottom of their burrows 125 million years ago.”

The sleeping postures of the discovered fossilized indicated that the dinosaurs were sleeping when the volcano that submerged them erupted. The animal remains had no traces of scavenging or weathering and this shows it was well kept for millions of years in the rocks. The extinct dinosaurs were unearthed in the Lujiatun Beds which constitute the oldest layers in the famous Yixian Formation of the Liaoning Province.

Other species of feathered dinosaurs have been unearthed in the region before and these include the hadrosaur and the duck-billed dinosaur among others. According to scientists, dinosaurs were destroyed and rendered extinct 65 million years ago when an asteroid dropped on the Earth in the Yucatan Peninsula of present-day Mexico.