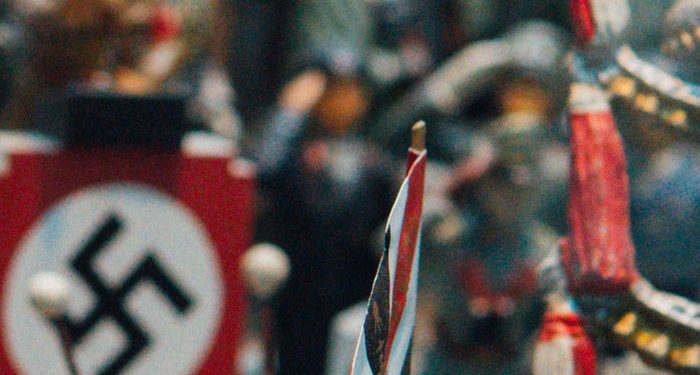 A police recruit who recently joined the Lafayette Police Department in June was fired after his ties to a Neo-Nazi online forum was revealed. Police authorities said the officer, Joseph Zacharek, operated an anti-fascist Twitter account.

Zacharek participated in an online forum known as “Iron March” in 2016, the Lafayette Police Chief Patrick Flannelly said in a statement. Zacharek’s online activities were exposed by the Twitter account called “Ghosts of Past.” The account admin described herself as a “bring white Southern suburban housewife who likes to dox fascists and racists.”

The department commenced an investigation and found out that all messages allegedly posted on the forum by Zacherek were accurate and credible. When queried, Officer Joseph Zacharek admitted to the investigation panel that the comments and posts on the platform were his, Yahoo News reports.

“Officer Zacharek’s comments were not in harmony with the spirit of cooperation and inclusion in the community that the Lafayette Police Department values,” Flannelly said.

However, responses from different quarters have berated the department on how it could have missed such vital information concerning a prospective recruit. Some observers doubt if due diligence were carried out on every member of the department before they were allowed to join the department. Police Chief Flannelly said his department accepted full responsibility for such a grave error. He reiterated that the department would learn from the incident and ensure that it doesn’t happen again.

“I know the question everyone will have is, how does something like this get missed in a background investigation? How is it possible, and how do we prevent this from ever happening again? I’m not going to sugar-coat this. Ultimately, it’s my responsibility. We missed it.”

Zacharek posted in the forum under the moniker “Panzerleiter,” which is a reference to the tanks that the Germans used in World War II. He was an active member of the group who posted regularly. One of his messages on the forum, which probably might have given users a clue of his real identity, revealed that he was a 23-year-old former tank crewman in the U.S. Army.

He said he joined the forum to engage in higher fascist discourse than was available at any other forum. Zacharek posted many messages on the forum that upheld white supremacy, anti-Semitic themes, and racist stereotypes.

Zacharek is one amongst many law enforcement officers in the US who belong to hate and extremist groups. The Center for Investigative Reporting published an investigation last year, where it stated that there are many retired and active law enforcement officers across the United States belonging to different extremist groups on social media. Many are operating under pseudonyms.

Meghan Markle Fashion Outfit Is Worth $382,300 in First Official Photo with Prince Harry in the US