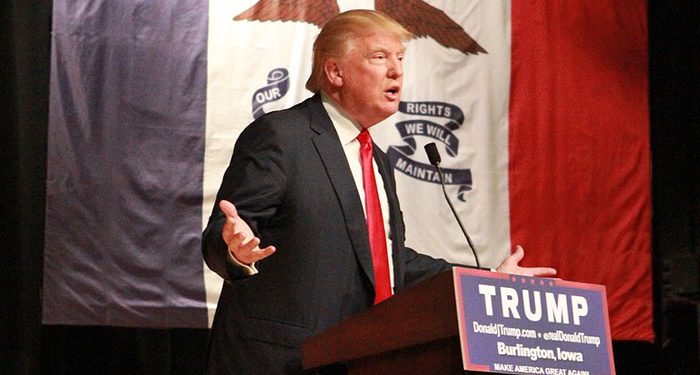 President Donald Trump has removed Michael Kuperberg, a climate scientist who served as the executive director of the U.S. Global Change Research Program (USGCRP) since July 2015. He headed an agency that produces the US government’s definitive reports on climate change.

According to sources privy to the matter, Kuperberg was told to return to his previous role as a scientist at the Energy Department. He had been expected to hold sway at the agency throughout the production process of the fifth edition of the congressionally-mandated National Climate Assessment.

The climate assessment evaluates the level of harm that climate change is having on the United States. From such evaluations, projections are made about damages in the future.

The USGCRP is a creation of Congress. The agency coordinates the climate science programs of thirteen other federal agencies. It is also responsible for the production of the National Climate Assessment and other key reports.

Kuperberg was responsible for the last edition of the climate assessment, which detailed severe consequences for the US if the country did not take rapid steps to cut down on emissions while taking series of actions that would mitigate the damaging effects of climate change such as droughts, wild-fires, longer and lasting heatwaves and a rise in the sea level.

It was one report that President Trump did not take lightly, considering its embarrassing content that debunked the claims of the president that climate change effects are not to be taken too seriously.

Don Wuebbles, a friend of Kuperberg, and a climate scientist at the University of Illinois confirmed Kuperberg’s ousting. Wuebbles was also a former director of the Fourth National Assessment.

Betsy Weatherhead will be taking over as the federal coordinator of the next assessment, scheduled for anytime soon. She is to work with the USGCRP but within the U.S. Geological Survey. It is expected that most of the reports will be written under the Joe Biden administration; notwithstanding, some government officials have already started selecting experts that will be part of the report. The first deadline for the author nomination is Saturday.

Many experts have given reasons for this abrupt removal of Kuperberg. According to Myron Ebell, a climate change at the Competitive Enterprise Institute, Kuperberg’s removal allows for the Trump administration to find someone whose climate views aligns more with Trump.

Many candidates have already been touted for the job, with Ebell saying that David Legates, a meteorologist from the University of Delaware, might just clinch the role. Ebell, a climate change contrarian, who has long been critical of widespread climate change views that emphasize the destructive effects of burning fossil fuels, said it would be a top-notch appointment if the government wants a scientific approach to climate change assessment and not junk science or speculations.

The USGCRP is one agency of the government that has been protected from political interference. It is an important agency that serves as a coordinating office for major climate reports useful to policymakers.

Another climate expert, Kathy Jacobs, agreed with Ebell that the government might be seeking individuals that may be perceived as being sympathetic to the views of the president. Jacobs ran the Third National Climate Assessment.

The White House recently undertook a removal of key officials of the Trump administration, including the Monday ousting of Defense Secretary Mark T. Esper.