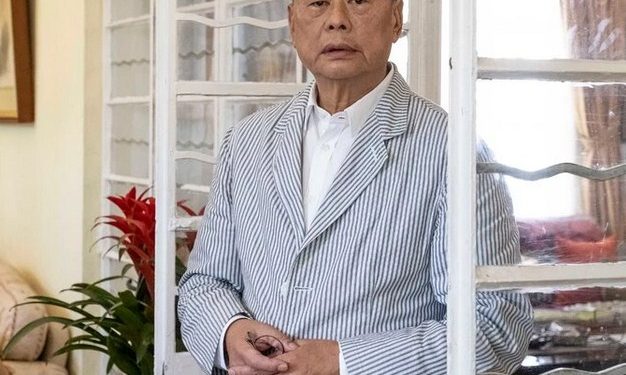 Popular pro-democracy media personality, Jimmy Lai, has been indicted under the new Chinese security law. The 73-year-old activist faces up to a lifetime of imprisonment for allegedly colluding with foreign bodies against the Chinese Communist Party. Lai is the owner of Apple Daily newspaper which reported the indictment on Friday, stating that a source within the Hong Kong Police Department had revealed the charges.

Lai has been very vocal in his condemnation of the anti-democratic practices of Beijing. The newspaper tycoon is the first high-profile personality to be indicted under the new security law which was imposed on Hong Kong in June. Lai used his resources and his newspaper to aid the activities of the pro-democratic protests that swept the city last year.

Many people familiar with the case have expressed opinions that the Chinese government is only trying to hold Lai responsible for his role in the protests, as the charges leveled against him occurred before the security law was passed. The Chinese government did not state that the law is retroactive; and the tycoon promised after the law was passed in June that he would be careful of his utterances and actions, Yahoo reports.

The government announced that the security law will be used to try offenders suspected to be involved in activities that amount to efforts to secede, subvert the laws, terrorize the country or collude with foreign bodies. Such offenders face up to a life imprisonment sentence. Activists and Western world leaders have condemned the law which has been imposed on Hong Kong. The city is a semi-independent city ruled by the Chinese government in Beijing.

Officials in Hong Kong and Beijing have tried to defend the new security law stating that it was necessary to block the gaps in the national security defenses in the city. The gaps, according to the officials, were caused by the months of the occasionally violent demonstrations that started in June 2019. The Hong Kong protesters are agitating against plans to extradite criminal suspects into Mainland China.

The city’s residents enjoy more freedom than those in Mainland China and wish for it to remain that way. Lai and his Next Media Group have been helping the demonstrators take their agitations to the rest of the world, a move which Beijing wants to punish him for. The new security law contravenes the rights that were guaranteed to residents of Hong Kong when it stopped being a British colony in 1997.

In the wake of the protests, city authorities have dismissed pro-democracy lawmakers, and arrested activists leading the protests, jailing some of them. Lai was arrested in August after about 200 police officers stormed one of his buildings arresting nine males and one female. The police said that they were suspected of different charges including “colluding with foreign governments” to disturb national security.

Lai paid a visit to the United States in 2019 and met with Secretary of State Mike Pompeo and Vice President Mike Pence. The purpose of the meeting was to urge the country to support protests against the extradition bill.