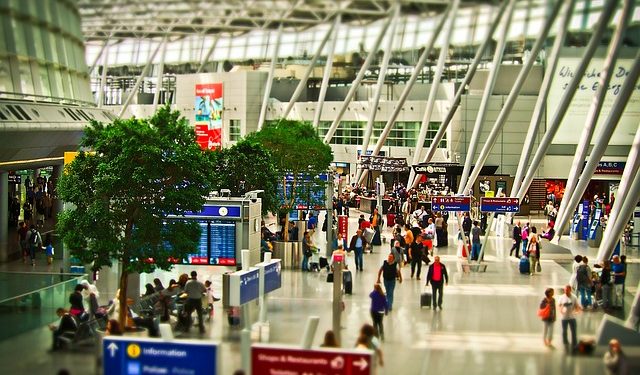 As vaccines roll out early next month in the United States, airline operators are already gearing up to adopt the policy of vaccination before international flights. Australia’s leading carrier, Qantas, said when the coronavirus vaccines become available, it would be part of requirements before passengers can board flights. The airline’s CEO Alan Joyce said this in a statement on Monday, CNN reports.

She said while such requirements for domestic flights would be decided upon, it would definitely be adopted for international passengers. Joyce said she spoke with other airline operators to know if it was the right step to take.

Different airlines around the world have reacted to the news of a possible vaccine before the end of the year. While AirAsia said it would review its requirements for passengers if the vaccine becomes available, Air New Zealand said the ultimate decision was left to the government and health authorities.

While it is a little premature talking about a vaccine requirement for travels, observers question such moves’ legality if it will be instituted. The Australian government has already indicated an interest in making vaccination a mandatory requirement before travelers are allowed to the country.

The country was among the few countries in the world that instituted stringent lockdown measures for travelers coming into the country and also within the country. Flights between Sydney and Melbourne, usually one of the busiest domestic routes in the world, dipped to as low as one flight per day at the height of the lockdown.

However, throughout the week, it’s been positive news around a vaccine for COVID-19.  While AstraZeneca said its drug had shown about 70% efficacy, Moderna and Pfizer have achieved 95 percent efficacy for their vaccines.

As the world holds its breath for the vaccine to achieve widespread distribution, the aviation industry would be one of the sectors to anticipate with bated breath the vaccine’s launch. It is one of the industries that had been adversely affected by a pandemic that had crippled its revenues and brought travels to its knees. Qantas and Jetstar, one of Australia’s most prominent airlines, have seen a drop in patronage since the beginning of the pandemic, NY Post writes.

Joyce said her airline was looking at debuting a novel vaccination passport that will grant users the ability to travel to countries where it is required. She said stakeholders in the industry are seriously thinking about putting the plan to action.

The International Air Transport Association – a body that represents the interest of airlines around the world said that for countries all over the world to reopen their airspace, a coronavirus vaccination pass might be the key. The association said such a travel pass is in the works and might be affected next year.

Alexandre de Juniac, director general and CEO of IATA said it was important to establish a database of travelers’ identities that matched with the requirements of the immigration department of every country. He said the IATA Travel Pass might be rolled out in the coming months.

Passengers will welcome the new vaccination if it gives them the opportunity to resume travel again. The travel demand has been so enormous that Qantas launched a “flight to nowhere” in September, where passengers traveled around Australia with no particular destination in mind. The flight tickets sold out in just a few minutes.

Qantas lost about $1.9 billion in revenues for its fiscal year that ended in June. The company said it plans to resume international flights in July 2021.