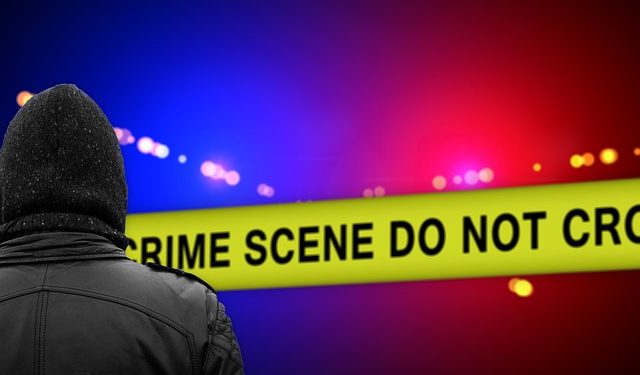 A shooting incident on Sunday morning at Starkville Methodist Church in Winona, Texas, left a pastor dead and two other people injured after a suspect opened fire on the resident pastor and other parishioners, NBC News reports.

The police said the suspect, identified as Mytrez Duente Woolen, hid in the bathroom after the shooting before he was found. Smith County Sheriff Larry Smith announced that Woolen has since been charged with aggravated assault with a deadly weapon, first-degree murder, aggravated assault causing bodily harm, and other crimes. It is yet to be established if Woolen is represented by an attorney.

The Smith County Sheriff’s Office identified the deceased pastor as Mark Allen McWilliams. He was aged 62 and was from Frankston, Texas.

The police said a high-speed chase was initiated for the suspect when reports came in that the driver of a dark-colored Volkswagen Jetta had brandished a gun from the roof of his car. Towards the evening period, an officer from the Smith County Department saw the vehicle parked at a convenience store and tried to flag it down. However, the suspect quickly drove away, and a police chase ensued.

The officer noted that troopers from the Texas Department of Public Safety also joined in the pursuit of the suspect, which lasted for more than 20 miles. Smith said the chase ended when the DSP unit rammed into the car, bringing the vehicle to an abrupt halt. When the vehicle was ransacked, the suspect was nowhere to be seen; however, a firearm was found, CNN writes.

A manhunt was launched within the vicinity using drones which covered the woods around. Deputies found a boot in the woods, which they suspected belonged to him. According to the officer, the suspect had escaped to a nearby church to hide temporarily from the police, gaining entrance into the bathroom of the church through a broken window.

The pastor and his wife discovered the suspect at their church bathroom, seeking refuge from the police.

The Sheriff’s office said that McWilliams was properly armed and ordered the suspect to lie on the ground. In a few distracting seconds, when the pastor and his wife deliberated on their next course of action, the suspect was able to disarm the pastor and proceeded to fatally shoot the church leader. Asides from Pastor McWilliams, two other persons were wounded from multiple shots fired by the suspect. One of the victims has since undergone surgery and is in stable condition.

The shooter left with the pastor’s car, but a tracking technology on the vehicle allowed the vehicle to be disabled remotely.

Gov. Greg Abbot of Texas has since sent his condolences to the family of McWilliams and others injured in the sad shooting incident. Abbot appreciated the officers who finally nabbed the suspect and announced that the state was working to ensure that the suspect is brought to book for his crimes. He enjoined the public to pray for the victims and their families.