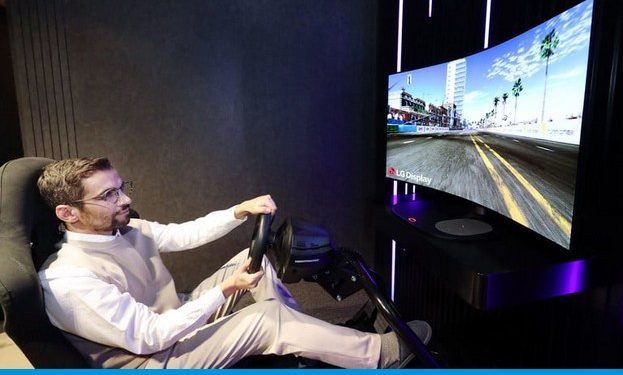 LG has left an imprint on the foldable phone niche. Now, the company is set to take its innovative drive a step further by debuting its bendable TV display at CES 2021. The company will launch the world’s first bendable OLED display, which measures 48 inches in size.

Dr. Chang-ho Oh, the Executive Vice President and Head of the TV Business Unit at LG Display, confirmed in a statement that LG’s 48-inch Bendable Display TV is optimized for a first-class gaming experience. He noted that the TV offered gamers the best gaming environment.

LG said this particular TV had been primarily designed for gaming, with its curvature developed to give gamers an awesome and immersive experience in their gaming sessions.

According to LG, the OLED technology TV gives the display a paper-thin effect while allowing the TV a curvature of up to 1,000R. What this means is that the TV has a bend radius of up to 1,000 mm. The TV also comes with a refresh rate of 40Hz to 120Hz, an optimum standard for any gaming monitor.

The TV has been designed to serve multi-purpose functions. When many audiences are viewing the TV from multiple angles, the TV can be left to remain flat so that viewers are able to see the screen from anywhere in the room. However, for a personal, immersive gaming experience by one individual, the TV display can be switched to a curve mode, Engadget reveals.

LG has positioned CES 2021 for the unveiling of this TV, an event that will take place virtually. Over the years, CES had been an in-person conference hosting thousands of companies, techies, journalists, and other stakeholders at convention centers. However, due to the coronavirus pandemic, this year’s event will take place online, according to stipulated guidelines by the authorities.

Asides from its bendable OLED TV display, LG is also set to launch its mini-LED range of TVs, which comes with enhanced black levels and top-notch brightness.

For its curved TV display, LG will be using a new feature, which is becoming a recent trend among TV manufacturers. Known as the Cinematic Sound OLED (CSO), this feature causes a vibrating effect within the display, producing sound without the need for speakers. The CSO feature enables conversations on the TV screen to look real, just like everyday conversations by real people. This is a clear departure from the traditional sounds produced by the side speakers of a TV.