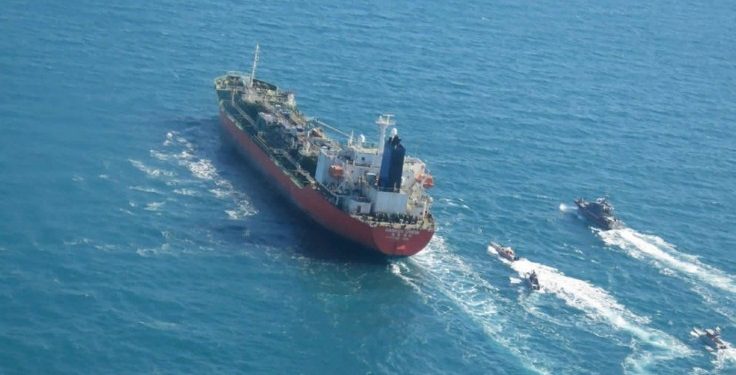 Iran on Monday said it had restarted efforts to increase its Uranium enrichment by 20% purity, a move that has been criticized by the international community because it extremely exceeds the limit of Uranium enrichment stipulated in the 2015 nuclear deal. The Middle East country also confiscated a chemical tanker which belongs to South Korea on that same day, according to state-backed news outlets.

According to local media, the tanker was seized for polluting the Persian Gulf. Monday was just a day after the first anniversary of the death of Qasem Soleimani, a top Iranian general that was killed by a US drone strike on January 3, 2020. Iran’s latest moves have further ramped up tensions between the two countries, prompting President Donald Trump to direct the Pentagon to leave a U.S. aircraft carrier in the region after he decided to remove the carrier last week.

A representative of the Iranian government told local news agencies on Monday that the country’s nuclear experts were resuming uranium enrichment to achieve 20% purity at Iran’s Fordow nuclear facility. The country intends to go from the current rate of 4.5% enrichment which in itself is more than the 3.67% limit stipulated in the 2015 nuclear agreement.

The country has however denied having any intentions to upgrade its uranium stockpile for nuclear weapons purposes, a claim which is believable as only upgrades above 89% are acknowledged as weapons-grade level. Before the uranium enrichment started, Iran notified the International Atomic Energy Agency (IAEA) that it was planning to enrich its uranium deposit towards reaching a 20% purity target, according to Fredrik Dahl, an IAEA spokesman.

The State Department of the United States has denounced both the uranium enrichment and the confiscation of the South Korean chemical tanker. A representative of the department stated that the Middle East country initially developed the enrichment program in secret and the country did not destroy its enormous documents detailing its previous nuclear weapons programs nor did it let go of its nuclear weapon scientists.

“The United States along with the rest of the international community will examine Iran’s intentions after a careful consideration of the country’s provocative record,” the spokesperson stated.

In 2018, the Trump administration withdrew from the atomic agreement and restarted sanctions against Iran, a move that might be the cause of Monday’s announcement. President-elect Joe Biden has, however, promised to return to the 2015 nuclear weapon deal after he is sworn in on January 20.

Last month, Iran passed a law to return its uranium enrichment to how it was before the 2015 agreement. The country also stated that it will stop all nuclear inspections until the U.S. lifts the penalties against it. The bill was approved in November after the head of the country’s nuclear program, Mohsen Fakhrizadeh was assassinated.

Local news agencies also reported the confiscation of the South Korean tanker while it was heading to Fujairah. The South Korean Ministry of Defence confirmed the incident stating that there were 20 crew members aboard the ship, 5 of whom are South Koreans. The ministry also announced that it has since deployed its Cheonghae anti-piracy team to the region in response.

Why You Can’t Handle Your Worker’s Comp Case Alone