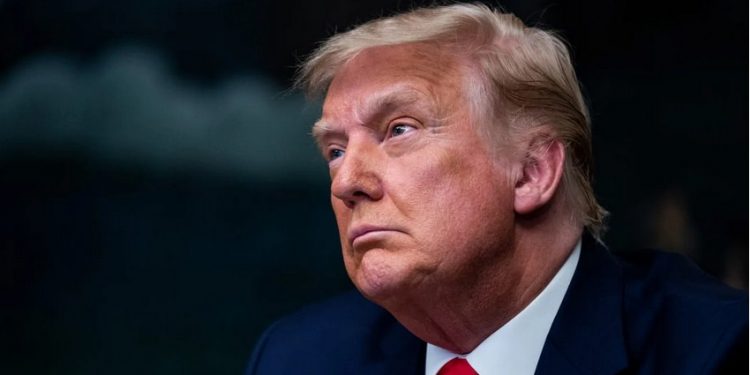 In one of his last controversial moves, President Donald Trump has ordered officials to put an end to a ban that saw travelers from places like Europe and Brazil restricted from entering the United States in an effort to curb the quickening spread of the coronavirus infection across the United States, NY Times reports.

However, top aides of the incoming President Joe Biden have slammed Trump for the move pledging to ensure that the policy is overturned when Biden takes over office. Trump announced the new guidelines late on Monday. He said the travel ban would no longer be required after January 26. Three days later, on January 29, the US Centers for Disease Control and Prevention will start requesting evidence of a negative COVID-19 test before passengers are allowed to fly.

Trump announced that just before his resignation, the Health and Human Services Secretary Alex Azar had recommended that restrictions placed on travels from Europe and Brazil be removed. Azar also advised that the ban on travel from Iran and China be maintained because these countries had not cooperated with US officials. Trump said he agreed with the Azar that taking such a step was crucial to protecting Americans from COVID-19.

Trump’s move was immediately countered by Jennifer Psaki, the next press secretary for the White House. She said on Twitter that Trump had made the wrong step at this point, as infection rates around the world were increasing at an alarming rate. She said following the counsel received from its health advisers, the Biden’s administration would not be uplifting the ban when it takes over on Wednesday. She said, in actual fact, that the administration was planning to tighten up measuring around international travels, Yahoo reports.

This latest move by Trump is one of the many executive orders that he had hurriedly put together on Monday, just a day shy of the Biden’s inauguration. There are apparent signs that Biden’s administration would revoke these policies.

Biden has made lessening the curve of the coronavirus infections the strong point of his administration. All through the campaigns, Biden berated Trump on how poorly he managed the pandemic, which had cost American lives in hundreds of thousands.

The president-elect warned Americans to expect what he termed a “dark winter.” It is expected that within this period, infection and death rates would skyrocket. His many experts have told Biden to proclaim a mask mandate that would see the compulsory use of masks in public space, government’s buildings, and during interstate travel to curb the spread of the virus.

Trump has always showcased his travel bans as evidence that he reacted quite rapidly in the early days of the pandemic. However, health experts have pointed out that one of such travel bans issued by Trump in January contained many loopholes that allowed thousands of people to troupe into the United States, even weeks after the ban was put in place.

Trump issued a travel ban to Europe late into the pandemic when the coronavirus was firmly in place in the United States. The new movie by the Trump administration may be an attempt to help airlines recover from the devastating impact of the ban, which had cut down their revenues to breaking point. Trump signified that the travel ban had become obsolete because the unrestricted access granted to visitors to the US no longer posed a threat to the country.

The move by Trump is consistent with the rather hostile manner the president had dealt with the incoming president. Traditionally, lame-duck presidents are expected to consult with a president-elect before drafting new peoples that could significantly affect the succeeding administration.

Trump has not kept in tandem with these norms. Rather he has been loud in his calls that the election was fraught with voter fraud and manipulation and has refused to concede defeat. The Trump administration has, over the past few days, institute policies that may upset Biden’s administration.

One of such policies was announced on Monday. It allowed federal agencies to issue new policies only when directed by political appointees. The new policy might be one of the many tricks of Trump to slow down Biden, as it could take weeks or months to achieve such a process.

A new order directed the federal government to dissuade from purchasing drones from hostile countries, in a move that was targeted at China. Another executive order sought the creation of a National Garden of American Heroes, featuring famous people. Another such policy gave more protections for prosecutors while protecting Americans from “overcriminalization.”

However, Biden has promised to ensure that none of such policies sees the light of the day.