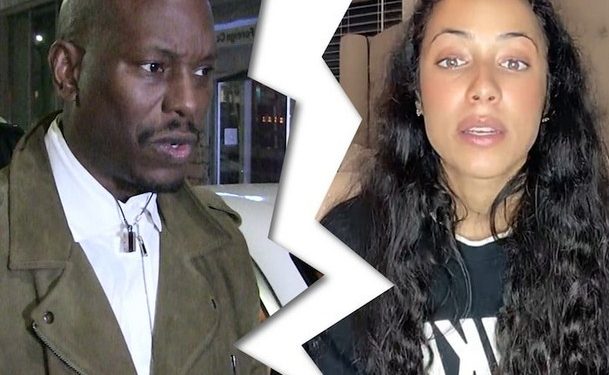 Actor Tyrese Gibson and his wife Samantha are getting divorced after nearly four years of marriage. Tyrese announced the couple’s decision on Instagram early this week. The Fast and Furious actor did not give a reason for the split but stated that they are parting on good terms.

“We both decided to give this announcement about a sad and important development in our lives,” the couple stated on Tuesday. “After giving it a careful consideration, thought and prayers, we have decided that the best thing for us is to officially part ways and get a divorce.”

Gibson stated that they wish to remain great friends and raise their 2-year-old daughter, Soraya, together. The couple’s statement, which was accompanied by a picture of the couple all loved up on the red carpet, revealed that the duo has no regrets about their marriage and would not have chosen to embark on the journey with any other person.

“We wish to remain very close and raise our daughter together,” the couple added in the statement. “We are blessed to have been married to each other, and we appreciate every part of the 4 years we spent together, including the good and bad moments. Neither of us would have chosen to go on the journey with any other person. The relationship has helped us grow and we both look forward to what the future holds for both of us individually.”

The couple stated that they wanted to make the announcement in 2020 and start 2021 on a happier note after the challenges they faced during the year. They asked the public to keep them in their prayers and respect the privacy of the family during their trying moments, TMZ reports.

Tyrese shared an individual message about the divorce hinting that all may not be lost for the couple. The actor stated that he prays the couple will not totally shut the door on their relationship, adding that he knows there is nothing impossible for God.