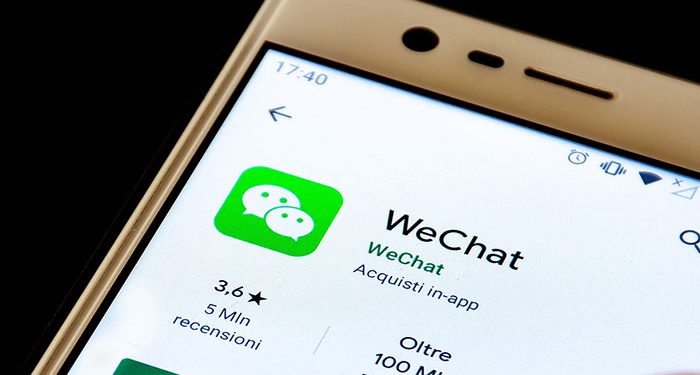 A California judge has once again refused a Justice Department request to reverse an earlier decision that allowed Apple’s App Store and Google’s Play Store to continue to make Chinese-owned WeChat available for download in the US, The Verge reports.

WeChat is very popular amongst Chinese students in the US and also among Americans who are living in China or have a business or personal relationships over there in China. It is estimated that the app has an average of 19 million users in the US only.

Chinese tech giant Tencent owns WeChat, which has more than a billion monthly users, just behind Facebook’s WhatsApp and Messenger. It offers a wide range of services asides from messaging, allowing its users to do almost everything from bill payments to booking hotels and flights. It’s been described as a super app and became the world’s biggest stand-alone mobile app in 2018. The app is vital for Chinese citizens since it helps to meet their daily needs and services.

The Justice Department has appealed Judge Laurel Beeler’s ruling, taking its appeal to the Ninth Circuit US Court of Appeal.  A verdict is not expected until December, which means that the app will still be available in US app stores. The U.S. Commerce Department had issued an order to ban the app effective from September.

WeChat users in the US, in reaction, brought a suit before Judge Beeler. The users had claimed that the ban would affect their First Amendment rights. They also argued that WeChat is their only means of communication with folks in the Asian country because the Chinese government had banned other messaging apps from operating. They also argued that Chinese speakers had limited proficiency in English and the WeChat app provided a leeway. The Judge bought into their argument, which had made her issue a preliminary injunction against the app’s ban in September.

Had the Commerce Department’s order been allowed to stand, US transactions within the app would have been barred, effectively rendering the app inoperative in the US.

A US appeals court has agreed to hasten the government’s appeal to see a decision reached in a short time.