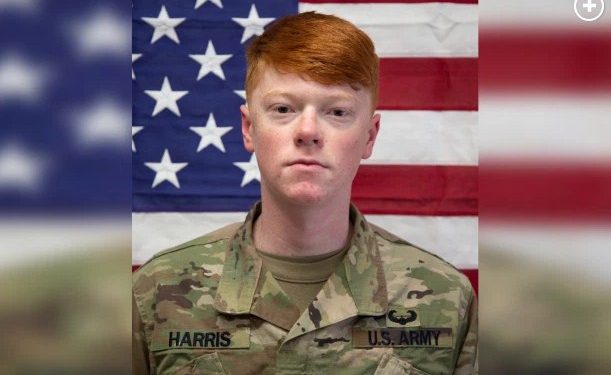 Army Cpl. Hayden Harris, 20, who was reported missing from his Fort Drum Army base, was found dead in a wooded area in New Jersey on Saturday, according to Army authorities.

His body was discovered by the police off Ross Road in Sussex. He was discovered to have been shot dead, and the leading suspect in his death is a fellow soldier named Jamaal Mellish, 23, who has since been taken into custody, according to the Sussex County First Assistant Prosecutor Gregory Mueller.

The army authorities have since reacted to the death of Harris. Brig. Gen. Brett Funck, the acting senior commander for Fort Drum and the 10th Mountain Division, said the army was devastated by the news of Harris’ death. He described Harris as a great soldier and said the deceased would be missed by his loved ones, his division, and the entire nation.

Harris, who is originally from Guys, Tennessee, was last heard from late Thursday into the early hours of Friday, information from the US Army revealed. The authorities said he was seen driving his 2016 Ford Mustang coupe, heading to Watertown to conduct a vehicle transaction with Mellish when things got out of hand.

Members of the Byram Township fire department had tipped the police when they found blood, a pair of shoes, and some paperwork on Ross Road.

The prime suspect in the death of Harris is still being held by New York authorities. Once charges have been filed in Sussex County, he will be extradited to New Jersey. Authorities believe Mellish kidnapped Harris and drove him to the New York City area and then out of the state. In the car with them was a minor whose identity has not been disclosed, Yahoo reports.

The news of Harris’ disappearance first became public knowledge when army authorities announced on social media that the soldier was missing and sought help from the public to track him down.

Harris, who was a specialist before his death, was posthumously promoted to the rank of corporal. He was also awarded the Army Commendation Medal. His army unit had declared a vigil since he went missing.

Harris joined the Army in March 2019 and was deployed to Fort Drum in July 2019 after his training at Fort Benning, Georgia. He graduated from Air Assault School in 2019. Among his awards are two Army Achievement Medals, the National Defense Service Medal, the Global War on Terrorism Service Medal, and the Army Service Ribbon.

According to the army authorities, Harris is survived by his mother, father, and sister.