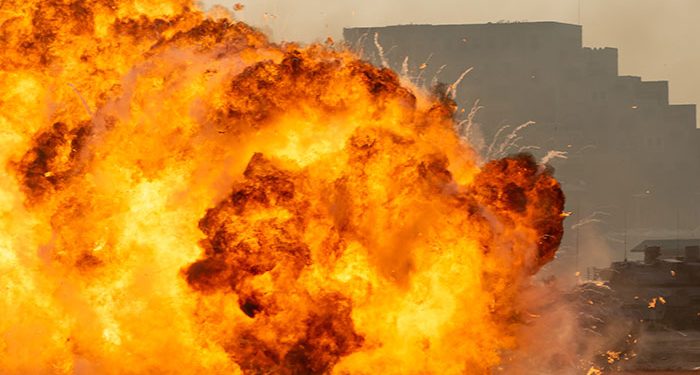 One of the Islamic seminary schools located at Peshawar, Pakistan, suffered a tragic loss of seven students on Tuesday after a bomb exploded in the school killing students and leaving 112 people injured. The students who were injured are in critical condition, according to a spokesperson at a local hospital where they are being treated. Officials revealed that some Afghan students of the school were also injured during the attack.

According to a local law enforcement officer, Waqar Azim, the students of the religious school, Jamia Zubairia, were at the main hall listening to a famous religious scholar who had visited the school to deliver a special lecture on the teachings of Islam when the explosion occurred. Azim revealed that the police believe that the explosive had been placed in a bag that was dropped inside the madrassa. Preliminary investigations also reveal that not less than 11 pounds of explosives were used in the attack.

Pakistani Prime Minister Imran Khan condemned the attack on the religious school and asked that adequate care be taken to save the lives of the wounded students, teachers, and employees of the school.

One of the injured students, Mohammad Sadiq, a 24-year-old student said from his hospital bed at the Lady Reading Hospital that the students were listening to lectures from Rahimullah Haqqani, a notable scholar when the attack happened, leaving some students dead and others critically injured. Both Sadiq’s arms were wrapped in bandages but he appeared stable, local media said.

“Someone helped me and put me in an ambulance and I was brought to the hospital,” Sadiq recounted.

Saeed Ullah, 24, told reporters that at least 500 students were in the hall when the bomb went off. He added that teachers were also wounded in the attack. He was not able to say if Haqqani was wounded or not. A representative of the Lady Reading Hospital, Mohamad Asim, told reporters that the hospital received 70 individuals who were wounded in the attack and another hospital received 42 wounded individuals.

The Pakistani intelligence had warned the public days ago that militants could attack public institutions such as religious schools and mosques located across the country. No group has announced being responsible for the attack on the school.

Peshawar, the capital of Khyber Pakhtunkhwa province, had been attacked many times in the past. The Taliban has targeted schools, mosques, and other public places in Pakistan since 2001 when Pakistan joined the war against terrorism after the 9/11 attacks.