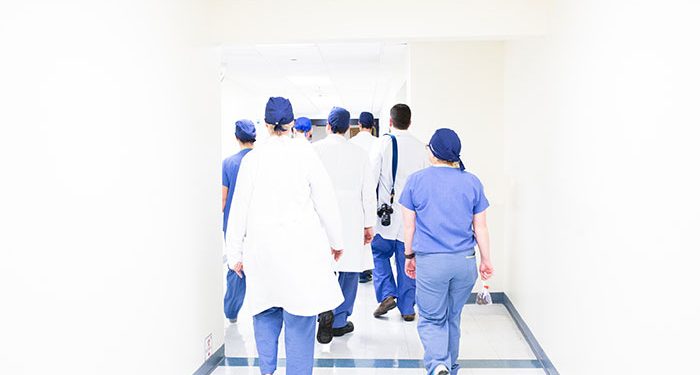 The 40-year-old winery was razed down on Sunday and firefighters battled to extinguish the flames to no avail. According to the Office of Emergency Services in Napa Valley, there are about 64 wineries in the evacuation and possible evacuation areas where people have been told to get ready for evacuation if the fire spreads. There are also country estates and communities in the path of the fire.

St. Helena houses old and valued wineries such as Beringer, one of the oldest wineries in California founded in 1875 by Brothers Frederick and Jacob Beringer. Some of the wines produced in St. Helena sell for as high as $460 per bottle.

Over 2,500 acres have been burned by the rapidly growing fire and firefighters were unable to put out the Glass Fire as a result of high winds. The fire was reported at 3:50 am on September 27 and continues spreading, aided by 55 mph of high winds.

The path of the fire is also close to the LNU Lightning Complex, which has razed 363,000 acres since it started on August 17. Firefighters have reported that the fire has been almost totally contained, unlike the Glass Fire which is totally uncontained.

According to a report published in the Press Democrat, over 743 houses and 1,857 people have been asked to immediately evacuate. This was stated by Country Emergency Management Officials. About 2,123 houses and 5,280 people have been informed to get ready for possible evacuation warnings that night come in later if the fire keeps spreading and remains uncontained.

Evacuation started at dawn on Sunday and continued throughout the day. About 50 patients were evacuated from the Adventist Health hospital at Deer Park, St Helena. This is the second time the hospital is carrying out an evacuation of patients as a result of wildfires in one month. The first evacuation was done after the lightning-ignited fires that razed thousands of acres in different counties in the region last month.

The evacuation was a result of a warning given around 9 pm on Saturday. About 14 deputies went from door to door to inform residents about the evacuation. The deputies also used high-low sirens to inform people that were close enough to hear the sirens to begin immediate evacuation. The cause of the Glass Fire is still being investigated according to Country authorities and no injuries have been reported.

The fire started during the period traditionally used by most of the wineries in Napa Valley which is famous for its wines. There are about 475 wineries in the area and they are responsible for half of the wines sold in California even though they only harvest 4% of the yearly grape harvest in California. Lisa Covey of Hall Family Wines stated that the Howell Mountain area faces the most threat with the fire out of the 16 wine-growing districts in Napa Valley.

Susan Krausz one of the owners of Arkenstone Estate Vineyards in the Howell Mountain area said it will take weeks to fully evaluate the damage though most wineries have harvested their grapes already. Wildfires are not new to the region as the areas around the Bay area have been fighting wildfires for several years.

Tom Kalijian, who is a realtor stayed in his house located between Calistoga and St Helena. He did not follow the evacuation orders because he wanted to spend time with his wife. He, however, took precautions by wetting his house and fence constantly with water until deputies told him his house was safe.

To avoid the spread of the fire and more danger, the Pacific Gas and Electric Company stated that it will stop power transmission to lines in some parts of the 16 counties in northern and central California. The company stated that this will affect about 65,000 homes and businesses.

She said that many of the communities were isolated and reached via narrow, winding mountain roads, which made the decision to evacuate more pressing.

Over 7 million acres have been destroyed in California by wildfires in 2020. The fires have killed 26 people and destroyed at least 7,000 structures according to the National Interagency Fire Center.

Davis Estate Winery and Reverie were not affected by the Glass Fire though the Chateau Boswell could not be saved. Fire retardant chemicals have been used to save some properties from damage. The fires recorded in California this year have been one of the biggest in terms of landmass destroyed.

5 Things to Consider When Adopting in California