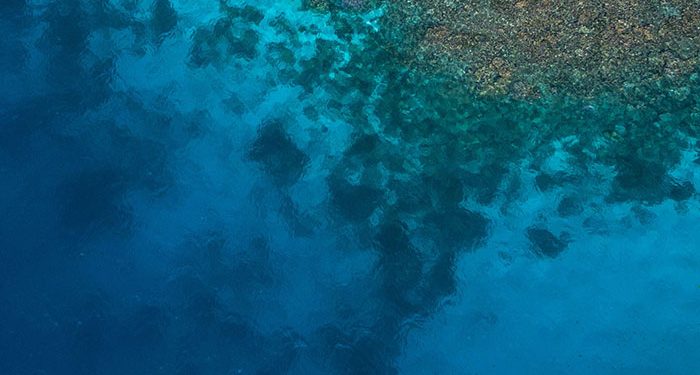 Scientists on Monday announced that they had discovered a massive coral reef, touted to be about 1600-foot-tall, in Australia’s Great Barrier Reef. This would be the first time in over a century such discovery will be made. The reef was found off the coast of North Queensland, in the area around Cape York, NBC News reports.

Compared with very tall buildings such as New York’s Empire State Building and the Petronas Twin Towers in Kuala Lumpur, Malaysia, the reef towers above them.

The detached reef was first observed on October 20 by a team of Australian scientists from the Schmidt Ocean Institute. They were aboard a research vessel for an expedition designed to explore the oceans surrounding Australia and also delineate the seafloor around the northern Great Barrier Reef. The expedition is expected to last 12 months.

The co-founder of the Institute, Wendy Schmidt, said the discovery was proof of the vast treasure of species and structures under the ocean.

“Thanks to new technologies that work as our eyes, ears, and hands in the deep ocean, we have the capacity to explore like never before,” Schmidt said. “New oceanscapes are opening to us, revealing the ecosystems and diverse life forms that share the planet with us.”

The team utilized the help of an underwater robot to carry out their exploration. The robot named SuBastian started at the base of the reef and climbed its way up to the top, in a total distance of 131 feet underwater. The robot showed the reef had an extensive base that was almost a mile wide. Its length extended to about 130 feet below the ocean’s surface. The live feed produced by the robot enabled researchers to gain a close view of the reef.

Robin Beaman, a marine biologist at James Cook University, Australia, and a leading researcher of the expedition, said the team is delighted with the findings they had made so far. The expedition is still ongoing and will take place until November 17. When it is over, the findings of the research will be made available to the public.

Jyotika Virmani, executive director of Schmidt Ocean Institute, said that discovering a new tall reef that was about half a kilometer in the offshore Cape York area of the famous Great Barrier Reef showed that there were many things yet undiscovered around the area. He said with the powerful tools at the disposal of the research tool, including mapping data and underwater imagery, more knowledge will be gained on the reef’s structure and its role in the ecosystem around the Great Barrier Reef.

In 2020 alone, scientists at the Schmidt Ocean Institute have discovered more than 30 new species. This includes a 147-foot siphonophore, deemed to be the largest recorded sea creature ever.

The Great Barrier Reef is the world’s largest coral reef and covers about 133,000 square miles. The reef is home to more than 1,500 different species of fish, over 400 species of hard corals, and numerous other creatures.