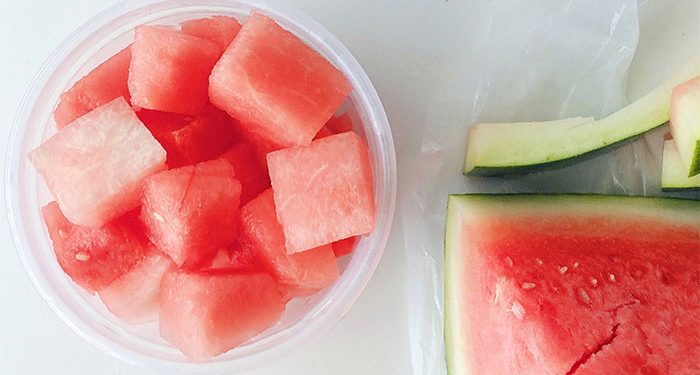 The Food and Drug Administration (FDA) announced that Country Fresh is voluntarily recalling some of their distributed fruits that might have been exposed to listeria. The agency has again announced that pre-cut fruits in Walmart stores in nine states are carrying possible risks of listeria infection. Some of the fruits to be recalled include mangoes, cantaloupe, grapes, apples, and pineapples as well as watermelons.

The fruits being recalled were taken to Walmart distribution centers then distributed to Walmart stores in some states. People who get infected with listeria, the FDA revealed, can end up battling different unsettling symptoms of listeriosis, the disease that comes with exposure to Listeria. Patients with weak immune systems can end up suffering from even more serious illnesses and symptoms.

“It is just a precaution to avoid any health risk from Listeria,” an FDA spokesperson said. “Listeria monocytogenes was found on machines near the part of the company where the precut fruits were packed. We discovered this in one of our latest inspection”

The fruits were taken to Walmart distribution centers before they were shipped to Walmart stores in Arkansas, Illinois, Kentucky, Texas, Oklahoma, Kansas, Louisiana, Indiana, and Missouri, FDA findings showed. The pre-cut fruits were packed in clamshell packs of different sizes. The best-before-dates recorded on affected packages are between October 3 and October 11.

“Walmart stores have been mandated to remove the items from their racks as soon as possible,” FDA warned. “Consumers who have purchased the fruits are expected to dispose of them immediately.”

The agency has also stated that there has been no report of listeriosis illnesses in association with the fruits so far. The Centers for Disease Control and Prevention (CDC) said eating things that have had contact with Listeria Monocytogenes can lead to listeriosis, a serious infection that comes with severe symptoms, especially for people with weak immune systems such as the young, old, or sick.

Women who are pregnant may experience fever, cold, and coughing as a result of a type of listeriosis caused by invasive listeria. Invasive listeria can cause miscarriage, premature birth, and other infections that can threaten the life of both the mother and the unborn child. Babies whose mothers experienced invasive listeria during pregnancy can also suffer from serious infections and illnesses. Other symptoms include headache, loss of balance, convulsions, and stiff necks.