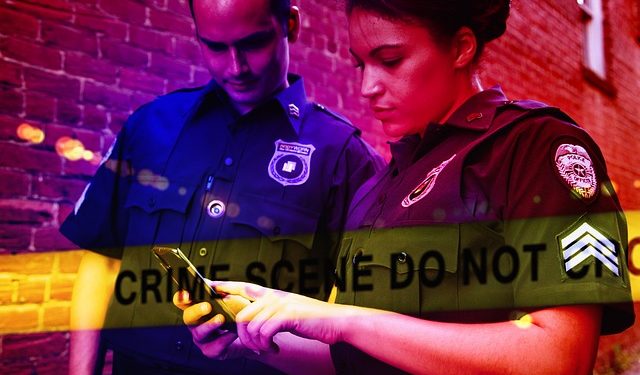 A 24-year-old Toledo police officer, Brandon Stalker, has been shot and killed during a shootout with a suspect on Monday evening. Police authorities said the incident happened in 2200 block on Fulton Street by 4 pm.

Officers had stormed the home of the suspect who was wanted for vandalizing a church building earlier that morning. Officers at the scene had begun the negotiation process with the suspect, but he was unyielding. The SWAT team responded by throwing gas into the suspect’s home. In a bid to evade the threatening gas, the suspect emerged from the house with two guns and started shooting at the officers. Unfortunately, Stalker was hit by a bullet. He was rushed to the emergency room where he passed on.

The condition of the suspect, who was also struck by a bullet, is yet to be established. The police indicated that they had a warrant for the suspect. The suspect had gained entrance to the Rosary Cathedral and vandalized graffiti depicting Jesus Christ. The damaged properties reportedly cost about $5,100, Fox News reports.

Stalker joined the Toledo Police Department in July 2018. Police Chief George Kral called the deceased an amazing police officer. He noted that Stalker had a fiancé, and they shared a child. Kral explained that Officer Stalker was not a part of the SWAT team that was deployed to the scene but was doing perimeter around the building when he was shot.

Mayor Wade Kapszukiewicz described the events of Monday evening as a dark and horrific day for Toledo.

Ohio Governor Mike DeWine immediately ordered that all US and Ohio State flags be flown at half-staff until the evening of his funeral as a tribute to the late officer.

Taking to Twitter, the governor said he was saddened to learn of the death of Officer Stalker. He recognized that Stalker was only the second officer in the Toledo Police Department to have lost his life while on duty in less than a year. Dewine condoled with the family of Stalker, his friends, well-wishers, Chief Kral, and everyone in the department.

Toledo Police Department is set to have another press briefing on Wednesday to give the public more updates on the matter. On the other hand, Chief Kral had pleaded that the public affords the Stalker family all the privacy to mourn at this challenging period of their lives.