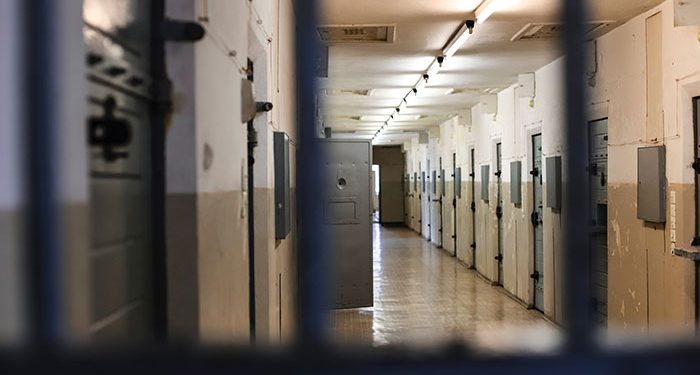 Former Minneapolis Police Officer Derek Chauvin, implicated in the murder of George Floyd, has been released from custody after he posted bail.

Chauvin, 44, was held at the Minnesota Correctional Facility-Oak Park Heights, where he attended court sessions. He made his most recent court appearance in person with three other officers charged with complicity in Floyd’s death.

Sarah Fitzgerald, the spokesperson for the Minnesota Department of Corrections, confirmed Chauvin’s release by saying he is no longer in their custody. The Hennepin County Jail roster indicated Chauvin was released on a conditional basis even though the details were not made available.

However, publicly-known conditions surrounding his $1 million bond means that he cannot leave the state without written court-approval, he cannot be in contact with Floyd’s family, and he must remain law-abiding and make future court appearances. Chauvin was seen leaving the correctional facility at about 11 am. He is due for his next court appearance on March 8.

It is not immediately known who paid for the bail bond or the amount that was exactly paid. However, Minnesota statutes allow bondsmen to charge no more than 10% of the bail amount, which in Chauvin’s case translates to up to $100,000 in the light of his $1 million bond fee.

Ben Crump, attorney for Floyd’s family, made a statement via a tweet when news of Chauvin’s release filtered in.

“Derek Chauvin posted a $1m bail today – buying his freedom after robbing George Floyd of his life over $20,” Crump tweeted. “His release on bond is a painful reminder to George’s family that we are still far from achieving justice.”

Chauvin is charged with second-degree murder, third-degree murder, and manslaughter. In a video that was taken by a witness, Chauvin is seen pinning down Floyd with his knee on Floyd’s neck for almost nine minutes. The former officer continued to press down Floyd even after repeated calls by the latter that he couldn’t breathe and should be freed.

The footage sparked days of protests and demonstrations by residents of Minneapolis, especially the black community and even around the world.

Chauvin faces over 12 years in prison if he’s found guilty of these charges. However, his attorney is challenging these charges, arguing that Floyd was positive for COVID-19 and that toxicology reports from autopsy carried out revealed a very high level of fentanyl and methamphetamine, which could have killed him.

Prosecutors have also charged the former officer and his estranged wife with tax evasions for lying to the authorities about their income.

Meanwhile, to forestall possible breakdown of law and order that could arise from the news of the release of Derek Chauvin on bail, the Minnesota governor has activated the Minnesota National Guard. The governor said this step was taken “out of an abundance of caution for the safety of Minnesotans.”

Demonstrators were seen marching downtown in what appeared to be a peaceful protest, and there were no reports of violence. Back in late May, the protests had turned violent with accompanied rioting, looting, and vandalism that turned into a physical assault against law enforcement agents.