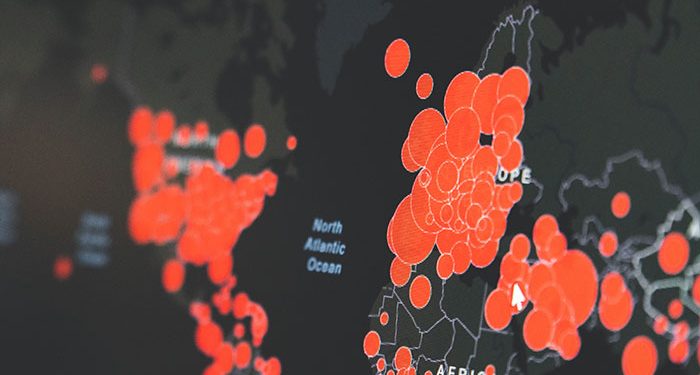 Authorities in France have stated that the country has set a new COVID-19 record after recording over 30,000 new cases in one day, breaking its record of 26,896 new cases recorded on October 10. Authorities confirmed that 30,621 new cases of COVID-19 were recorded on Thursday. On Wednesday, 22,591 new cases were documented in the fresh wave of increased figures being recorded in France.

The record is coming just a day after Emmanuel Macron, the French President, ordered a night-time curfew in Paris and eight other cities around it. The new record breaks the previous record of 26,896 new cases in France which was recorded on Saturday when the President announced the nighttime curfews. The record brings the country total number of cases to 809,684 cases with a total of 33,125 deaths, 88 of which were recorded on Thursday.

Jean Castex, French Prime Minister, in a Twitter post, detailed the increasing figures and urged residents in France to follow safety protocols to reduce the spread of the virus.

“We all have the power to protect ourselves and to help reduce the spread, through our actions,” Castex stated.

French President Macron declared on Wednesday that residents in Paris, Marseille, Saint-Étienne, Rouen, Lyon, Montpellier, Toulouse, Grenoble, and Lille will be placed on a night-time curfew from 9 pm. The nine affected cities contain nearly one-third of the population in France.

“We have to act. We need to put a brake on the spread of the virus,” President Macron urged.

Medical professionals have warned that fall and winter could usher in a second round of the virus because people tend to spend more time indoors, NBC News reports.

Macron’s declaration of a nighttime curfew in the nine cities, including Paris, has resulted in outrages especially from business owners around the country since almost one-third of the entire population are affected by the restriction, even though the president had pledged state aid for businesses affected by the newly imposed curfew.

Business owners such as Georges de la Rocherochard, owner of the “Vieux Paris d’Arcole” restaurant, stated that they have not recovered from the previous restrictions. The restaurant owner declared that he will have no choice but to sack all the eight people that work for him.

The President announced on Wednesday that the curfew, which started on Saturday, will last for a month to keep residents of the affected cities indoors from 9 pm to 6 am. He also announced that police officers will be deployed to ensure that residents follow the orders.