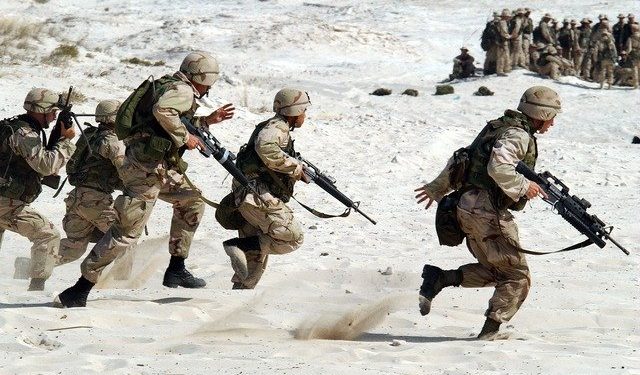 Israel Defense Forces (IDF) announced that the Israeli military on Wednesday morning carried out series of airstrikes on targets in Syria, including a site at the Damascus International Airport, the headquarters of Iranian military forces in the country. This was after Israeli authorities discovered that improvised explosive devices (IEDs) had been planted in the Golan Heights.

The Syrian state news agency reported that the strikes killed three Syrian military personnel and wounded one. It added that the Syrian military had also intercepted the strikes from Israel. A spokesman for IDF, Lt. Col. Jonathan Conricus, said the military strikes impacted eight targets in Syria belonging to the country’s military and the Quds Force, the elite clandestine wing of Iran’s Islamic Revolutionary Guard Corps, responsible for its foreign operations.

US Secretary of State Mike Pompeo had been scheduled to arrive in Israel that same day. He was expected to visit the Golan Heights that the international community considers an occupied Syrian territory. However, President Donald Trump’s administration has formally recognized the territory as a part of Israel. Meanwhile, Spokesman Conricus denied that the airstrikes were related to Pompeo’s arrival.

A significant target impacted by the airstrikes is the Damascus Airport, which contained the military headquarters of Iran. Top Iranian delegations frequent the site. Others were storage facilities and military compounds controlled by the Iranian Quds Forces. Conricus said that the IDF struck advanced surface-to-air missiles that fired at Israel’s aircraft, Fox News reports.

Conricus gave the reason for the airstrikes, which he said was a direct retaliatory response to IEDs placed in the Golan Heights by Syrian forces at the instance of the Iranian forces. He said the IEDs were the claymore antipersonnel charges variants. Although the IEDs were placed outside Israel’s security banner, they were inside the Alpha line – the United Nations recognized boundary mark between Israel and Syria.

Conricus said that these IEDs had been placed there for weeks. He noted that the intelligence report had identified the perpetrators as Iran’s Quds Forces. Since the civil war began in 2011 and amidst the growing influence of Iran in the area, Israel has carried out hundreds of airstrikes within Syria. Yet, Israel regularly declined to issue statements concerning these strikes.

Israeli Prime Minister Benjamin Netanyahu said Israel would not cordon any attack carried out by proxies in Syria, in reference to the Iranian authorities. He reiterated that anyone who attacked Israel should expect a reaction. Israeli Defense Minister Benny Gantz said Syria would bear the consequences of an attack on Israel from its territory. He said Israel would not tolerate any attack on its sovereignty.

Israeli military forces had carried out a similar attack in southern Syria back in August when Syrian forces tried to infiltrate Israel and plant explosives at its border.