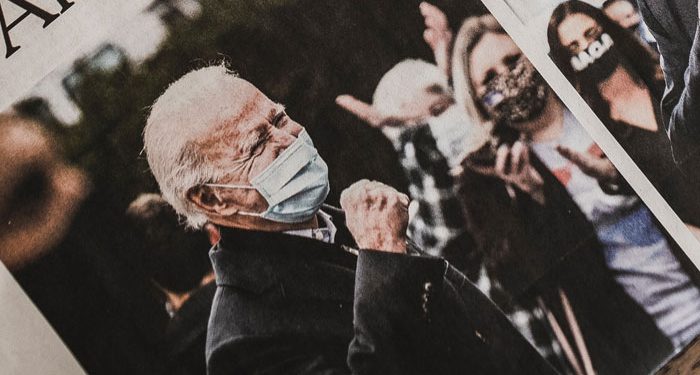 If projections by Decision Desk HQ are anything to go by, then we’re days away from having a president-elect in the person of Joe Biden, the Democratic nominee. As results from crucial swing states continue to pour in, it looks certain that Biden will carry the day. For President Donald Trump, it is game over, Business Insider reports.

A few days back, while results filtered in, Trump had hinged hopes of reelection on states like Florida, Nevada, Pennsylvania, and Arizona. However, with Biden in a pole position to land those states, the curtain is finally drawn on Trump’s presidency. Biden is ahead in Georgia with about 7,000 votes, and that is his narrowest lead yet.

By Friday, analysts at Decision Desk HQ decided to make the call for Biden when the former president flipped battleground states like Wisconsin, Michigan, and Pennsylvania. In the process, he surpassed the 270 electoral votes required to clinch the seat of the president. Biden’s victory will make Trump the 13th president in America’s history to lose a reelection bid and the fourth since World War II.

By Friday evening, Biden was sure he was on his way to the White House. Although other influential news outlets were yet to make the call for Biden, it looks all but certain they would. Refusing to give up hope just yet, Trump has refused to concede defeat. Instead, the president had filed several lawsuits seeking to upturn the results of the election. He has alleged a number of election fraud without evidence.

The Trump campaign filed lawsuits in Michigan, Georgia, and Pennsylvania to stop vote count. The president’s team even asked for a vote recount in Wisconsin. Trump was ready to clutch at any straw that offered a glimpse of hope.

Trump’s loss has become glaring that many of his media allies are calling on him to concede defeat. Fox News was one of the biggest allies of the president en route to the White House. In the four years of his presidency, the network remained unflinching in its support of the president. So, it was surprising to observers and members of the Trump campaign when the network was the first to call Arizona for Biden. Even after a barrage of criticisms, Fox News maintained their stance. It showed a media outlet basking in reality.

Other media were not left out in their call for Trump to concede. The Wall Street Journal, the New York Post, all part of the Rupert Murdoch media empire, called on Trump to admit defeat. The WSJ, in an opinion piece, said the president’s legacy would be diminished if he continued in his current stance of refusing to accept defeat.

A top media ally of Trump at Fox News, Laura Ingraham, called on the president to accept defeat with grace and composure.

As of early Saturday, Biden was leading the president by more than 3 million votes. The widening gap between both candidates is expected to grow in the coming days as more results get turned in.

Biden led Trump in national and state polls throughout the campaign, so it’s unsurprising seeing him beat the president while becoming the first candidate to receive the most votes ever. While analysts might have been far-reaching in their predictions that it would be a landslide victory for Biden, his victory was expected.

Trump’s recent reelection falter has been placed on the doorsteps of his administration’s handling of the coronavirus pandemic, which killed hundreds of thousands of Americans and an economy struggling to survive. His attack on the integrity of the election process for months on end did not help his cause.

While Trump was seen as the leader whose policies were largely unpopular and discriminatory, Biden was perceived as the statesman capable of correcting the ills of Trump’s presidency. When Biden announced Sen. Kamala Harris as his running, it was seen as a dream team that would restore the Obama years’ legacy, which Trump mostly destroyed. His proposed policies on tax, green energy, and healthcare resounded with the majority of Americans.

Biden was a popular candidate for the Democratic Party. After the party’s primary from which he emerged, so widely acceptable was his candidature that other candidates such as Bernie Sanders and Elizabeth Warren, poured their weight behind him.

Observers are looking to see how Biden will fare in a dispensation where the Republicans control the Senate.

We look yet at the historic turnout for the election, and a new precedent was set. About 101 voters chose to vote by mail due to the coronavirus virus. It also reflects how well both candidate’s strategy was. While Biden hammered on the need for voters to vote by mail, Trump chose the in-person election-day strategy.

It was not surprising to see regular ‘blue’ and ‘red’ shift in states that began counting mail-in votes before settling for election-day ballots.

Trump’s presidency might have been dealt a terrible blow in the final days by the coronavirus pandemic. Observers said this might have led to the negative ratings he received throughout the campaign period. He also flunked on economic matters in some key swing states.

There were many factors against Trump en route to the election. Asides from a devastating pandemic, Americans battle with police brutality, biting economic recession, and civil unrest in many parts of the country. The president started his administration with divisive immigration policies, where he labeled the Latinos criminals and rapists. Children were separated from their parents in his hardline immigration policies. Trump took on too many battles.

Trump also adopted a brash foreign policy. He gave an executive order banning people from Muslim countries from visiting the US. This policy set him on a head-to-head collision with the acting attorney general. When she refused to bulge, Trump sacked her.

It was in Trump’s administration that some far-right white supremacists began to wield overwhelming influence in the polity. Trump’s body language seemed to give them the nod to operate without fear.

Then there was the impeachment process that eventually culminated in his acquittal early this year.

However, Trump did make some achievements. He initiated tax cuts that ensured the self-employed and small business benefited. American workers also saved a lot of income during this period.

Perhaps, an enduring legacy of Trump will be the three Supreme Court Justices he confirmed to the bench. It was a defining moment in the way and manner American law will be interpreted for years to come.

The president’s refusal to rise to the challenge when the citizens needed a leader to inspire their confidence through a pandemic will continue to be his albatross.

Google Stadia Rolls Out Family Sharing Feature; Will Reach All Users in a Week