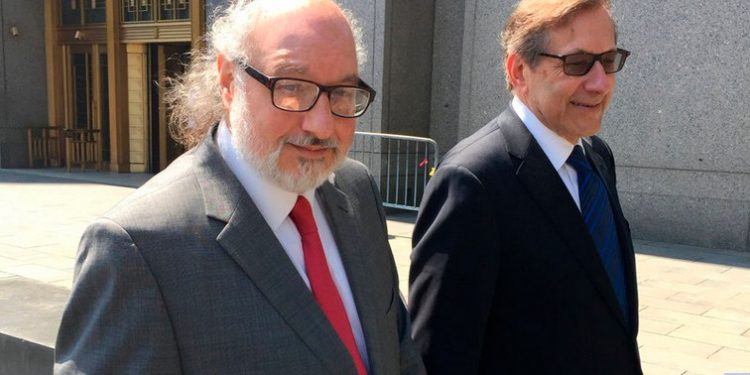 Jonathan Pollard, the former US Navy Analyst, who spent 30 years in US prison for espionage against the US, arrived in Israel on Wednesday, alongside his wife, Esther.

Immediately he disembarked from the aircraft, Pollard went on his knees and kissed the tarmac – a Jewish religious custom that heralds his coming to the Holy Land. His arrival in Israel brings to an end a decades-long diplomatic matter that strained relations between the two allies.

Pollard, who was received at the airport by Israeli Prime Minister Benjamin Netanyahu, said he was glad to be home finally after 35 years. Netanyahu presented Pollard and his wife with Israeli ID cards that certified them as Israeli citizens.

Pollard arrived in Israel on a private jet owned by American billionaire and casino magnate Sheldon Adelson, close to both Netanyahu and President Donald Trump.

Pollard, 66, expressed his gratitude to Netanyahu and the entire Jewish nation for the support they granted him during the years of his travails. He said it was his wish to settle in quickly with his family and become productive citizens of Israel, hoping to spend the rest of their life in the country.

Pollard’s arrival also received reactions via tweets from Israel’s President, Reuven Rivlin, and several other lawmakers in the country. They congratulated Pollard, who was subsequently taken to an unknown location from the airport. Pollard worked as a civilian analyst for the US Navy in the 1980s. While at the Pentagon, his job role exposed him to several classified materials belonging to the US.

He exchanged these top military secrets to Israel in exchange for gifts and thousands of dollars. After he was exposed, he sought to gain asylum from Israel, which failed. He was arrested and convicted of espionage after pleading guilty to the charges. This incident damaged relations between the US and Israel for many years, AP News reports.

Pollard was sentenced to life imprisonment. The US defense and intelligence officials were loud in their calls that Pollard should never be released. However, after 30 years in US federal prison, Pollard was released in November 2015. He was granted five-year parole, which ended this past month, making it possible for him to travel out of the United States.

Details of Pollard’s travel to Israel first became public knowledge when an Israeli newspaper published photos of him and his wife on a private jet. The trip by private means was justified due to medical reasons, as Esther is a cancer patient. The couple had boarded their flight from Newark, New Jersey, to arrive at the Ben-Gurion International airport, just outside Tel Aviv.

A local newspaper reported that the couple was in quarantine, a necessary COVID-19 safety measure for all passengers arriving in Israel. While Israel had banned the entry of all non-Israeli citizens into Israel, the couple came into the country as citizens of Israel.

Pollard’s release once again counts as one of the numerous favors that Netanyahu has received from Trump in his four years in the saddle as US president. As Trump’s administration rounds up in a few weeks, this may be yet another parting gift from Trump, who has enjoyed a warm relationship with the Israeli Prime Minister.