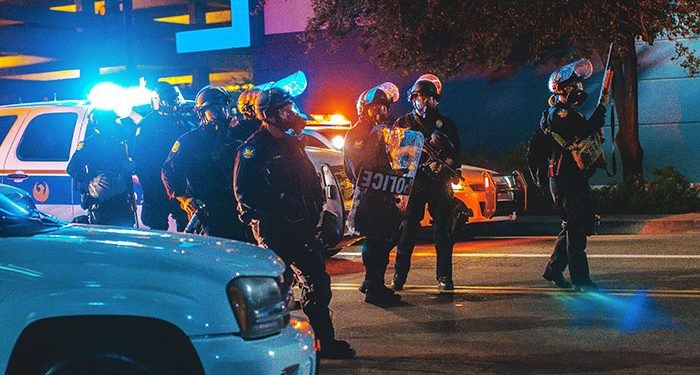 Officers of the New York Police Department arrested Harold “Heshy” Tischler on Sunday night and he is being charged with inciting a riot and causing a mob to attack a reporter who was covering the protest last week. Tischler had tweeted that the police have charged him for the attack on the journalist and that he would confidently go to the 66th Precinct himself on Monday.

Tischler who is a proud supporter of President Trump and a Jewish Orthodox led the demonstrations against the recent COVID-19 regulations in New York. The protest which was carried out last week turned ugly with the mob surrounding and beating a reporter. The reporter, Jacob Kornbluh, another Orthodox Jew, was surrounded and beaten by the demonstrating mob for covering the demonstrations.

Governor Andrew Cuomo imposed a new set of restrictions on Tischler’s neighborhood, Borough Park, Brooklyn, after there were records of a sudden increase in the number of coronavirus-infected people in the area. These new restrictions didn’t sit well with some of the residents who took to the streets to protest.

Tischler who is known for his controversial tweets and messages had on a Trump sticker on his shirt. He led a procession that burnt huge quantities of masks and insulted Mayor Bill de Blasio’s wife, Fox News reports. He also led and allegedly incited the crowd to violence with his words.

“You are my soldiers! We are at war!” he screamed.

During the riot, Jacob Kornbluh who works for Jewish Insider was surrounded and beaten by the mob whom Tischler had allegedly incited to action.

“I was surrounded by hundreds of protesters,” Kornbluh stated. “I took a hit on my head. They kicked and dragged me and told me I deserved to be killed. They called me Hitler and the Nazis. It was nearly 10 minutes before police officers could yank me out of the mob.”

The reporter sued for assault, and some people called for the arrest of Tischler who shared pictures he took with policemen after the demonstration. Tischler said he will not plead guilty to assault, and that Kornbluh had been the one who harassed him. He is however yet to provide any evidence to back up his claims.

The protest did not stop the enforcement of the restrictions. Police officers issued a number of summons amounting to over $150,000 fines to businesses and houses of worship that flouted the order during the weekend.

Tischler’s lawyer, Sara Shulevitz, contended that her client was wrongfully arrested. She stated that the arrest will be contested in court.

“He is not guilty and this is a politically motivated arrest and the truth will come out,” Shulevitz said.