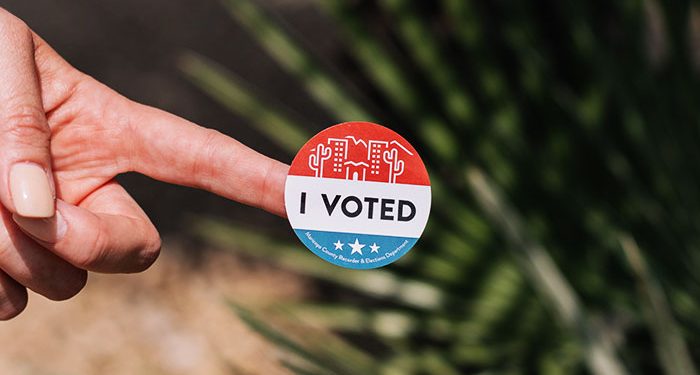 Joe Biden, the Democrat presidential candidate, addressed the country on Wednesday for a short while as counting of votes continues all over the United States. The former vice president gave his speech at Wilmington, Delaware, and was quite confident that the final results will be in his favor. The President of the United States, Donald Trump has also intimated that he will address the nation from the White House.

The early voting system assured the recording of over 100 million votes, the highest turnout for early votes in the United States.

Jocelyn Benson, Secretary of State in Michigan announced that officials in the state counted votes through the night and the counting continued into Wednesday. According to a post on Benson’s official Twitter account, hundred of thousands of votes from the biggest electoral districts in the state were still being counted. With 86% expected votes already in, Trump is projected to be leading by about 27,000 votes.

Officials in Michigan have warned voters to ignore robocalls that are urging them to vote on Wednesday instead of Tuesday as a result of the long queues at the polling stations in Michigan. Officials stated that there are no queues and no voting will be done in the state on Wednesday. Benson informed voters to also ignore text urging them to vote for another candidate instead of their preferred candidate if they really want their votes to count, ABC News reports.

In Nevada, results announcement has been halted until Thursday, 9 am PT. The announcement revealed that in-person votes did on Election Day, mail ballots submitted on or before Nov. 2, and in-person early votes have been counted. This leaves mail ballots received on Nov. 3, other Mail ballots that will be received through next week, and provisional ballots. With about 86% of expected votes counted in Nevada, Biden is projected to be leading by about 8,000 votes.

About 64% of expected voters voted during the early ballots, 34% of which are Mail Ballots. In the early hours of Wednesday, Georgia, North Carolina, Pennsylvania, Wisconsin, and some other states have no news yet about the projected winner of the election. More diversity was recorded during this election with 35% minority groups voters recorded from last election’s 30%.

Biden seems to be winning with independents by around 14% points over Trump. Trump won independents by just 6% points during the last election. Biden is also winning with the moderates, he won by 31% points in the exit polls, Hilary had won them by 13% points in 2016. Biden also seems to be popular with first-time voters while voters who have been in the military are going for Trump. The president’s approval rating is 47% approval and 51% disapproval.