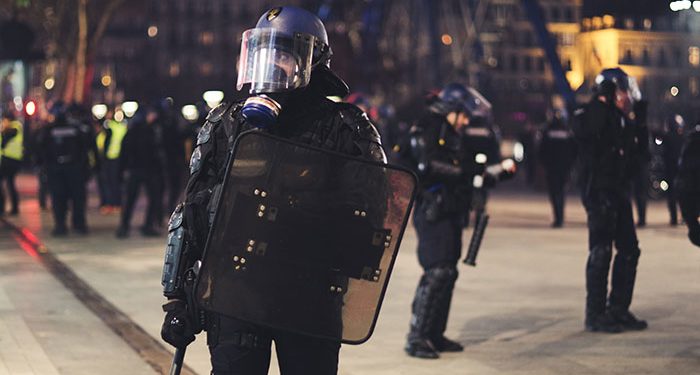 At least four people were killed and two dozen injured after a suspected terrorist opened fire on civilians in an attack in six locations across Vienna, the Austrian capital, Monday night. Among the injured is a police officer, who is now in stable condition after undergoing surgery.

The Austrian Chancellor Sebastian Kurz spoke with CNN, confirming the suspect acted alone. Initially, the authorities had worried that it was multiple attacks carried out by different persons acting as a group.

The suspect is an Austrian-born Northern Macedonian. Although nothing is yet to be known of his familial background, investigators can determine he has an extremist background with links to the Islamic State.

ISIS has since claimed responsibility for the attacks, revealing that the suspect carried his attacks using two guns, one of which was a machine gun, and a knife. Their message was posted on a Telegram messaging app group.

The suspect was later identified as Kujtim Fejzulai, a 20-year-old man from St. Poelten, just outside of Vienna. Fejzulai is a convicted terrorist who was sentenced to 22 months in prison on April 25, 2019, for attempting to travel to Syria to join ISIS, according to information by Interior Minister Karl Nehammer. He was released on December 5 on parole, Fox News reports.

Meanwhile, the UK’s Mirror reported that Fejzulai posted a photo of himself shortly before carrying out his attacks. In the photo, he was dressed in a black T-shirt, with a cap, clutching an AK-47 assault rifle, a handgun, and a machete. He also wore a fake suicide vest.

Following the terror attacks in the capital, residents were asked to stay at home and follow events. Schools were shut down, and residents were told to avoid the city centers just in case another attacker loomed nearby.

The first attack had taken place around the busy shopping and dining district near Vienna’s main synagogue, Seitebstettengasse Temple, which had been under lock and key at the time of the attack. The other five locations include Salzgries, Fleischmarkt, Bauernmarkt, Graben, and Morzinplatz.

Reacting to the attack, Oskar Deutsch, the head of Vienna’s Jewish community, said via a tweet that it was not yet certain if the attacker had targeted the synagogue. All synagogues, Jewish schools, the institutions of the IKG (Jewish Community), Kosher restaurants, and supermarkets in Vienna were shut down out of an abundance of caution.

European leaders have strongly condemned the wave of terrorist attacks happening across Europe. French President Emmanuel Macron said via Twitter, “after France, it is a friendly country that is under attack.”

“Europe strongly condemns this cowardly act that violates life and our human values,” the President of the European Council, Charles Michel, said via Twitter.