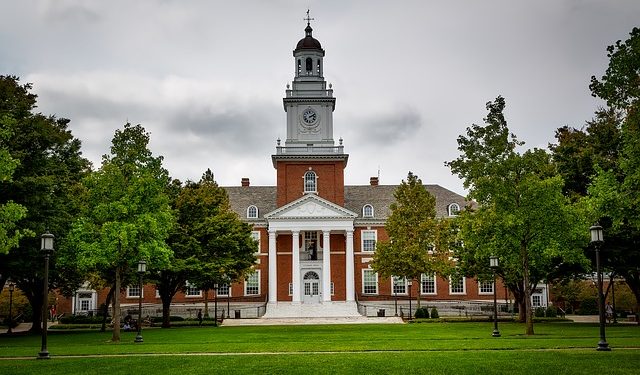 Johns Hopkins University has over the years prided its founder as a committed abolitionist. Johns Hopkins was said to have grown to become a successful businessman, who later willed about $7 million in 1873, the largest donation at that time, to facilitate the establishment of America’s first research university and a hospital that would serve the city populace without discrimination.

However, a recent in-depth look at the history of the school and its founder revealed a totally different story – Hopkins actually owned numerous black slaves. On Wednesday, the university released new research that showed that slaves were present in the founder’s household, and there is no evidence to support that Hopkins freed slaves as widely believed.

The research was part of the university’s retrospective project initiated about seven years ago to look into the origin and history of the school.

In a letter to its community, the university’s management said it was a difficult revelation for them and everyone associated with the institution, especially its black community. The university’s leadership announced that it had initiated a multi-year effort to study the Hopkins’ family connections with slavery. The university said it was an opportunity for its community to confront the legacies of racism, inequity, and slavery, which it called a crime against humanity.

It was a researcher at the Maryland State Archives who first pointed out the ownership of four slaves by the Hopkins family. When further investigations were carried out, a link was indeed found. Daniels said it was a painful revelation, but the university held it as a point of duty to reveal the truth, in line with its motto – the truth will set you free.

The recent revelation was also a moment of reckoning for Johns Hopkins University to join the league of other institutions that have confronted their dark past. In recent months, some institutions have had to rename buildings and remove statues associated with slave owners. Prominent memorials have also been unveiled to honor the slaves who worked and lived on these campuses.

In the week gone by, the Virginia Military Institute moved the status of Confederate Gen. Stonewall Jackson from its campus to a museum. Only last month, St. Mary’s College of Maryland launched the Commemorative to Enslaved Peoples of Southern Maryland, a project initiated to immortalize slaves who once resided on its campus.