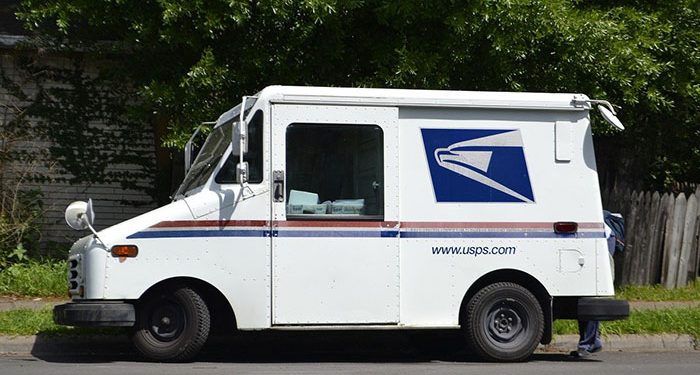 A Pennsylvania postal worker whose initial allegations of ballot-tampering were cited by prominent Republicans as evidence that the election in Pennsylvania was rigged to favor President-elect Joe Biden, has refuted his claims, according to officials who spoke with investigators and a statement from a congressional committee in the House.

The postal worker, Richard Hopkins, said earlier that a postmaster in Erie, a city in Pennsylvania told postal workers to backdate mail-in ballots sent in after Election Day so that they can be counted. His allegations were cited in Sen. Lindsey O. Graham’s letter to the DOJ requesting a federal investigation into ballot tampering and voter fraud diffing the November 3 election.

In response, Attorney General Bill Barr authorized attorneys to begin investigations into credible allegations of voter fraud and other irregularities that could affect the outcome of the presidential election, a step that goes against the policy of the department.

However, on Monday, Hopkins refuted his claims and told investigators from the U.S. Postal Service’s Office of Inspector General that his initial allegations are false. He swore an affidavit to recant his allegations, the investigators who have chosen to remain anonymous since the case is still ongoing said.

Democrats have taken to the social media platforms to announce Hopkins’s new stance but Hopkins posted a video on YouTube on Tuesday to react to the outcome of the investigation. He explained in the video that he has not changed his claims that the ballots were tampered with and that he didn’t recant his statements.

Investigations began after President Donald Trump refused to concede defeat or congratulate Biden. The president has taken to his Twitter account since media agencies called the election for Biden stating that the results of the elections were rigged to favor the Democrats. Republicans have cited Hopkins’s allegations as credible because he swore to an affidavit that he overheard a postmaster telling other postal workers to change the dates in mail-in ballots sent after November 3.

His allegations have been tendered to Graham and subsequently the DOJ, as well as used in a federal suit filed against electoral officials in Pennsylvania. The suit which was filed by the Trump campaign on Monday states that the officials have tried to stop the campaign from verifying the results of Pennsylvania, a battleground state which had secured Biden’s win.

Rob Weisenbach, the postmaster Hopkins had claimed he overheard, stated in a post on Facebook that Hopkins’s statement is completely untrue explaining that Hopkins had recently faced disciplinary measures in his workplace several times.

Following the allegations, Hopkins has been widely celebrated by the supporters of the MAGA president as well as James O’Keefe, founder of Project Veritas which had first aired Hopkins’s allegations. A GoFundMe account was opened for Hopkins and had about $136,000 before it was subsequently brought down by GoFundMe after news of the recant became public.

Hopkins started working for the postal service in 2018 after working different jobs including serving in the US Marines between 2007-2012, according to his Facebook page; he has however been suspended from his workplace until investigations are completed according to reports.