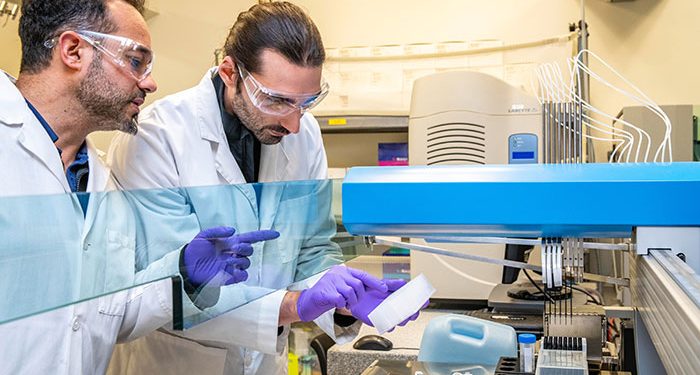 Scientists have finally caught sight of a rare cephalopod, which has proved to be one of the most elusive creatures ever. It is the Ram’s Horn squid, Spirula spirula. This is one animal that has never been seen in its natural habitat. At last, it was sighted on camera deep in the water, in its most relaxed mood, without any care in the world.

Often tagged the most elusive sea creature, this squid has played a hide-and-seek game with scientists for a while. The search becomes all the more frustrating for scientists when tiny shells of the creature are regularly seen on beaches around the world.

A research team at the Schmidt Ocean Institute was responsible for this latest find. They have discovered quite a lot these past few weeks, and their discoveries are making media rounds of late. They were responsible for discovering a coral reef taller than the empire state building weeks back. And now, they’re back with yet another discovery of the Ram’s Horn squid in the deep waters of Australia’s Great Barrier Reef.

The squid was discovered by the now popular remotely-operated vehicle named SuBastian. The robot caught a glimpse of the creature during a live feed broadcast on YouTube. Scientists were quite surprised with the find and could be heard screaming in the background while the footage rolled.

Initially, the researchers had no idea what they were looking at. Not that one could blame them. This is a creature that has eluded them for ages now. Thirteen minutes into the hour-long footage, the odd-looking creature made its appearance. It was about 3-inch long, with bulging eyes that gave the “don’t-come-any-nearer-look.”

It boasts of eight arms and two tentacles. It had a cylindrical-shaped outer body that, at first glance, looked like a well-prepared burrito. It also had a gas chamber in its outer shell that enabled it to stay buoyant. They are the only known creature to have an internal chambered shell for buoyancy.

According to measurements from the remotely-controlled robot, this creature was discovered at 2,790 feet (850 meters) below the surface. The team was only too pleased to announce its great find on social media.

“Exciting news! This appears to be the FIRST observation of Spirula, aka Ram’s Horn squid, alive + in its natural environment,” the Institute tweeted. “Very rarely seen or captured, they have extinct relatives, but are the only living members of genus Spirula, family Spirulidae, and order Spirulida.”

Perhaps more fascinating for the scientists was the positioning of the squid. Scientists have always assumed that Spirula orientates with its head pointed down while its gas-filled bottom stays up in the air. At least that is the image they’ve gotten from captured squids found in aquariums. But when the squid was caught on camera, the opposite was the case, since it had its head upwards.

Again, the squid was perfectly still when captured, and scientists theorize that this might be one of the defense mechanisms of the little guy.

As the creature quickly dashed away, it did so at a breakneck speed that surprised everyone. The speed was too fast for a creature with the kind of shape the squid possessed. And as it went away into the depths of the waters, it left inks in its wake, allowing scientists to conclude that there are more facts to unravel about this fascinating little creature.