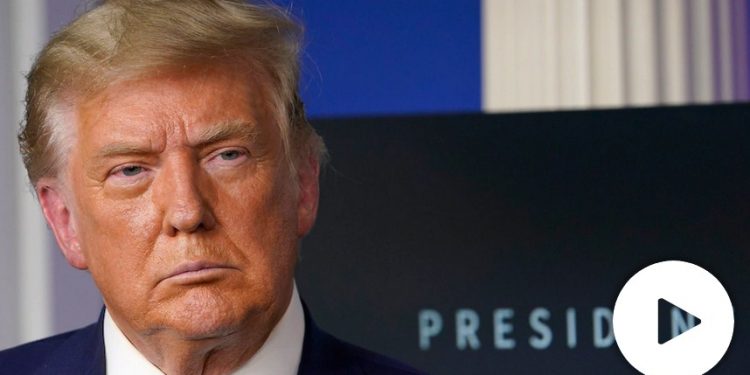 The National Defense Authorization Act did not get the approval of President Donald Trump, according to a statement the president sent to Congress on Wednesday. The president stated that the reason for the veto is that the bill does not contain some crucial requirements for national security, and it seeks to end some national monuments and history, CNBC reports.

“Unfortunately the Act does not contain some crucial security protocols of the United States, and it has some provisions that will besmirch the memories of our veterans,” the president stated on Wednesday. “It also goes against my administration’s efforts to place America at the forefront of the country’s foreign policy and national security measures.”

Trump also stated that he chose to veto the bill because it favors China and Russia, though the president has not given specific information about his claims. Congress has revealed that it would be sitting again to override the president’s veto since the Act passed both houses with huge margins that can protect it against the president’s veto. According to Senate Majority Leader Mitch McConnell, the House will sit on Tuesday after returning from the holiday break on Monday.

The 4,517 paged bill has the support of Democrats and Republicans and would ensure, at the minimum, increased paychecks for troops. On Twitter, many Democrat lawmakers, including House Speaker, Nancy Pelosi, denounced the president’s veto, outlining the importance of the bill and why the country urgently needs it.

Senator Lindsey Graham, Trump’s known ally, tweeted that he did not vote to pass the bill the first time, and he would not vote to override the veto. Graham’s reason for not supporting the bill is that it does not include any step to end the protections of Section 230 of the Communications Decency Act. Graham and Trump have been targeting Section 230 since the November 3 election result was announced.

Section insulates giant tech companies such as Twitter and Facebook from having any legal liability as a result of users’ contents on their platforms. Trump stated earlier this month that he would veto the defense bill if Congress does not add a regulation that can end Section 230. The president is especially targeting Twitter which has been censoring his claims about electoral fraud since President-elect Joe Biden was declared the winner of the November 3 presidential election, NY Times writes.

In the statement which he addressed to Congress, Trump said that the National Defense Authorization Act neglected to make any significant adjustments to Section 230. The president stated that the measure has to be repealed as it threatens the nation’s security and integrity of elections in the United States.

“There are suggestions that we should rename about 10 of our historic military bases including North Carolina’s Fort Bragg and Georgia’s Fort Benning,” President Trump wrote on Twitter. “These bases are a strong part of our nation’s heritage; they have been a big part of our history of winning, conquering, and liberty. My administration will never consider ending these parts of our history by renaming the bases.”