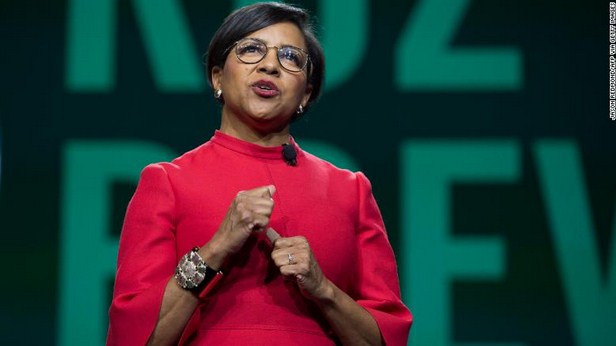 Walgreens has named its next Chief Executive Officer. Rosalind Brewer, the Chief Operations Officer of Starbucks will be the CEO of one of the top biggest corporations in the United States. The feat has only ever been achieved by one other black woman. The historical announcement was made on Tuesday, January 26, 2021, and has been confirmed by Brewer, CNN reports.

The COO stated that she is happy about taking up the position and being involved in helping to change the lives of people daily.

“I am very happy that I’ll soon be working with the Walgreens family as we work on delivering inventions that will positively change the lives of a lot of people around the globe,” Brewer stated. “We will be working even harder now to help the world overcome the coronavirus pandemic.”

Brewer’s work with the Seattle-based beverage company will end in about a month, Starbucks stated on Tuesday while announcing Brewer’s exit as COO. Walgreens said that Brewer will take up CEO duties on March 15, 2021, taking over from Stefano Pessina, who has been in the position since 2015. Last year, Pessina disclosed his intention to leave the position.

Catalyst, an organization that keeps a record of women CEOs and executives in big corporations in the United States, has applauded Walgreens’ nomination. Lorraine Hariton, the company’s CEO stated that Brewer occupying the position is a great feat for women all over the business world, CNBC writes.

Hariton explained that only Ursula Burns, the previous chief executive officer of Xerox has headed a company on the United States top 500 companies, as a female and a Black. Currently, there are only four other black Fortune 500 CEOs, and they are all males.

“This shows that we are increasing the number of females heading Fortune 500 corporations,” Hariton stated. “It is even better than she is a black woman because there has been a lot of discrimination against that, we definitely still have more work on our hands to ensure a fairer treatment of Black women and other women of color in the business world.”

Brewer’s extensive work experience includes her work as the head of Sam’s Club and as COO of Starbucks. The COO is also on the board of directors of Amazon and Starbucks, the latter of which she would relinquish after she exits the organization in about one month. Brewer has also served as one of the directors at two other top organizations.

Brewer will also become one of the directors on the Walgreens board by March 15.