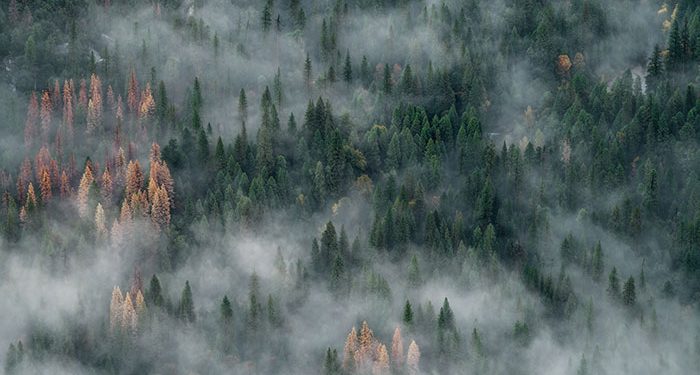 The Yosemite National Park in California has closed to members of the general public on Thursday due to hazardous air and smoke from raging wildfires. The park closed down at 5 pm on Thursday and may not reopen for the next couple of weeks.

With more than 24 major wildfires burning through California at the moment, workers and tourists as well as visitors are evacuating to save lives and property while they can.

On March 20, the Yosemite Park closed down due to the risks of COVID-19 transmission and it began to reopen gradually to the public on June 11. According to the National Park Service which manages 62 parks, Yosemite is the fifth most visited park in the United States and it recorded 4.5 million visits in 2019. Yellowstone national park, Grand Teton national park, and Grand Canyon national park among others also closed down because of coronavirus before reopening again.

According to CalFire, Yosemite had to shut down because two fires were burning within or close to the park, and there is the Creek Fire to the south of the national park. Many homes and tourist structures have been ravaged by the 244,756-acre fire and numerous people were trapped at a campground in the Sierra National Forest. Only 18% of the first was contained as of Thursday.

North of Los Angeles in the San Gabriel Mountains, the Bobcat Fire raged and threatened to approach Juniper Hills where 400 homes made a community of residential folks. While the office of the county sheriff had ordered an evacuation, many people are still dallying whether to go or stay. Before leaving for work on Thursday, president of the Juniper Hills Community Association, aeronautical engineer David Borden, said he gathered his birth certificate, musical instruments, family pictures, and other personal effects into his car because he might find his house burned down on return from work.

According to government officials, 25 people have died in wildfire incidents in California and 5,400 structured destroyed. About 3.4 million acres of land have been torched by the fires and state officials blame dried vegetation and global warming for most of the incidents. In Oregon, over one million acres have been consumed and more than 1,000 homes destroyed while eight people died.

Oregon Gov. Kate Brown said 191,238 acres have been scorched and containment is at 20%, but expressed joy that rain has been forecasted on the coast and the slopes of Cascade Mountains and that there might even be flash flooding in areas that had burned already.