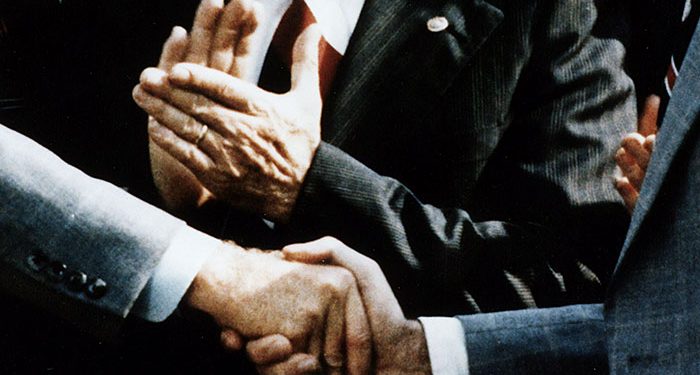 The new prime minister of Japan is Chief Cabinet Secretary Yoshihide Suga. He will be replacing outgoing Prime Minister Shinzo Abe who announced his resignation last month due to ill health. Suga was voted to replace Abe by the ruling Liberal Democratic Party (LDP) on Monday. The 71-year-old Suga will still undergo a parliamentary election on Wednesday, and many people expect that he will emerge the new leader of Japan given that his LDP party is in the majority among parliamentarians.

The eldest son of a strawberry farmer in northern Japan, Suga is expected to pursue most of Abe’s reforms and policies since he is a loyalist of the outgoing prime minister. As the Chief Cabinet Secretary, he often served as the government spokesman and publicly addresses most of the key issues confronting the Abe administration.

He promised to work for the betterment of the people and of the nation, adding he will be focused on the coronavirus pandemic which has plummeted the nation’s once-vibrant economy. During the internal voting within the LDP, Suga secured 377 votes to emerge the successor to Abe while former foreign minister Fumio Kishida won 89 votes and former defense minister Shigeru Ishiba obtained 68 votes.

Shinzo Abe expressed satisfaction that Suga won the party’s confidence to rule the nation, and he disclosed that he can be counted upon to deliver. Suga staunchly stood by Abe during his first term as prime minister between 2006 and 2007 after which he stepped down because of ill health, and he was also instrumental in bringing him back in 2012 for another term as prime minister.

A genteel individual who hardly talks tough in public, Suga is famed for having an iron-fist approach to solving government problems. He has faced numerous criticisms in the past for the way he handled many national issues or even responded to a female reporter’s questions, but he had always managed to bounce back and win public affection.

The incoming prime minister is known for saying there is a way where there is a will, and he says he is committed to building a nation that is pedestaled on “self-support, mutual support, and public support”. But all things being equal, millions of Japanese people and everyone around the world is eager to see how Suga will handle the COVID-19 crisis, reposition the nation’s economy, keep China in check, and build a rewarding relationship with the United State’s president.