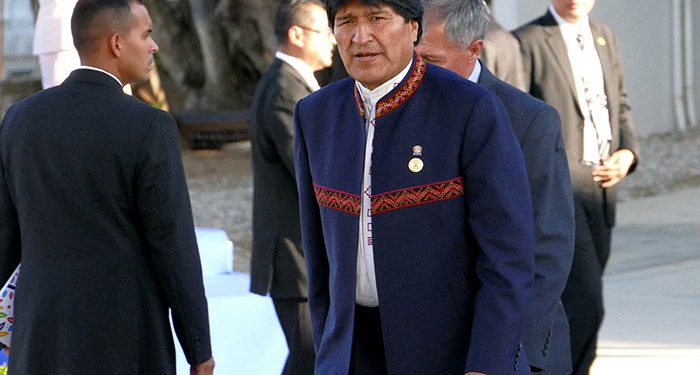 Exiled Bolivian President, Evo Morales, has returned home on Monday after being in exile for one year. Hundreds of excited supporters received him.

The former president had gone into exile after failing to maintain power, a situation that had thrown the country into chaos. He was Bolivia’s longest-serving president. President Alberto Fernández of Argentina accompanied Morales, and musical bands played in his honor as he reunited with his close friends and allies.

Though glad to be back home, Morales has come to meet a country with deep concerns about moving past the political mayhem unleashed by his quest for a fourth term as president. Another consideration for Morales is that no leader of his political party was at the border to welcome him as he returned home. The same goes for the newly elected President Luis Arce, his vice David Choquehuanca, and other government officials.

During his campaigns, the new president had stated that Morales would not feature in his government if elected. True to his statement, the former president was not mentioned in President Arce’s acceptance speech on Monday while being sworn in.

On his arrival, Morales promised his supporters that he would dedicate his life and time to labor activism, which was the starting point in his career as a politician. According to him, “I will share my experience in the union struggles because the fight continues. As long as capitalism exists, the people’s fight will continue, I’m convinced of this.”

There had been a repeat of the presidential elections of last year after several months of Morales flight. Before the rerun elections, there were clashes and riots as people lost their trust in the government. There were fears that the elections will be marred by much violence. Surprisingly, the citizens turned out in their thousands, and the elections went on peacefully. It was apparent the people were yearning for national stability.

Before going on exile, Morales had done everything possible to remain president. He went as far as amending the country’s constitution and filling the national electoral board with his allies.
However, his return to the country has triggered panic among his political opponents and uneasiness across the country. The country seems to be severely divided.

An opposition lawmaker, Marcelo Pedrazas, said he was perturbed about the return of former president Morales and will reject it.  A not far-fetched reason for this rejection is that Morales remains the leader of Bolivia’s largest political party, which gives him a vital platform to possibly act as the opposition to President Arce’s current government.