How Humans Survived Wars with Neanderthals Hundreds of Years Ago 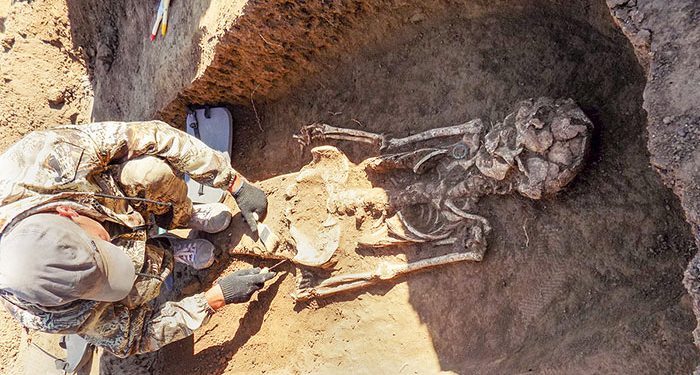 There has always been a fascinating interest to know where we’re coming from as humans – what’s our story like, and how we’ve survived through it all – the wars, the conflicts, and other natural phenomena that proved disastrous. That’s why fields like paleontology, archeology, anthropology, and forensic anatomy exist – they take us way back into time.

Much has been touted about where we’re coming from as a species, but what the scientific community agrees on is that hundreds of years ago, there existed a species that resembled us in all ramifications. Studies carried out revealed that this species had our genes – 99.7% similarity in DNA. They were called the Neanderthals. They weren’t our ancestors, just a sister species that branched out to evolve on their own.

This species has been the subject of many studies because they reveal certain characteristics about our ancestors and how they struggled to survive amidst the terrifying predators of their time, the harsh weather, the intertribal conflicts, and much more, Science Alert writes.

However, if there are areas where the Neanderthals remind us so much of ourselves, they would be in the wars, the territoriality, the violence, and different conflicts that spanned our both experiences. Neanderthals were skilled fighters who welcomed conflicts because it was critical to their survival. Moreover, this sister species was sure evidence that wars weren’t just modern inventions but a fundamental part of who we are.

A likely trait that we shared with the Neanderthals is their predatory tendencies. Neanderthals were at the top of the food chain, and they utilized this position to their full advantage. They were big-game hunters who searched for food in packs. They protected their territory jealously, hunting down even fellow members who tried to encroach. This is one behavior that our other close relatives, such as chimpanzees and apes, inherited.

Neanderthals were also a violent bunch. They were a warring tribe for whom battles and conflicts were second nature. However, this is expected. When you’re at the head of the food chain, it’s only a matter of time before overpopulation would drive intertribal wars and conflicts.

On the other hand, while they destroyed things through wars, the Neanderthals also built up things through sheer creativity. They made fires, they designed fashion accessories out of available materials, and they sought the divine by building shrines.

The violent lives that this species led was evident from archeological records. Records dug up by scientists reveal physical trauma to the skulls and other bones. They are evidence that powerful clubs, spears, and other weapons were used during warfare and small bouts of intertribal conflicts, the BBC reports.

So, as the facts show – homo sapiens and Neanderthals existed roughly around the same time. While homo sapiens were found in Africa, Neanderthals found refuge in Asia and the middle east. Overpopulation forces a species to migrate in search of more favorable conditions. So, when this migration did occur, was it a peaceful co-existence? Why didn’t homo sapiens overrun their sister species and take over their lands?

The answer: Neanderthals resisted our expansion. They were not a species to be underestimated. It’s unlikely homo sapiens didn’t seek to move. The truth is: they did but met their match. They met powerful folks who excelled in warfare, and they proved a little too challenging for humans to crack.

The Neanderthals had the advantage. They understood the terrain better than we did. They were muscularly built and more physically fit than we were. Having faced tougher foes in the wild, they were adept in hand-to-hand combat. Also, the anatomy of their eyes gave them superior night-time vision to excel during midnight raids and ambushes. And so, for hundreds of years to come, we fought the Neanderthals and lost every battle, and woefully so.

However, it was a fierce war of attrition. So, at a point, even the toughest of opponents was sure to crack. Slowly but surely, the tide was shifting, and humans were gaining the advantage. There’s no single theory on what turned the tide our way. But we believe some factors played vital roles.

With our brains getting larger through evolution, so was our knowledge. So, as the battle raged on, it wasn’t just a war of physical strength anymore. It was also a battle of wits. Humans got creative and developed superior weapons that contributed to their victory. At this point, physicality counted for nothing as they could do the damage from long range.

War is a game of numbers, and homo sapiens quickly multiplied. Hence they also gained a numeric advantage, which counted in their favor. Humans may have ultimately won and had since moved on to become an even advanced species, but in the Neanderthals, we found a worthy opponent.