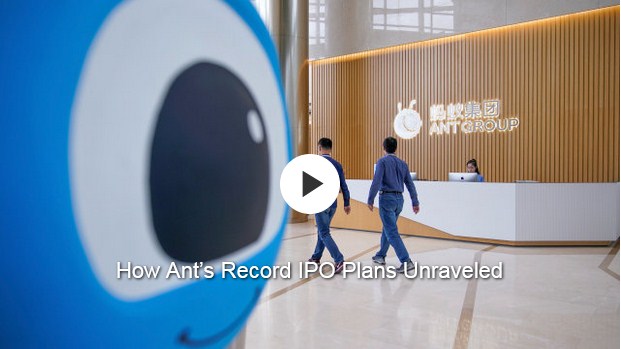 After Beijing regulators cracked down on Ant Group’s proposed IPO in early November, Jack Ma, the founder of the fintech company, offered to give China any one of the company’s platforms. Jack Ma had reportedly been trying to save the IPO of Ant Group. At that time, the IPO was valued as the largest IPO ever and was expected to bring $34.5 billion for Ant Group, WSJ reports.

“Take any of the platforms of Ant Group, in as much as China needs it,” Ma had reportedly told the regulators during a November 2 meeting with regulators and officials of the country’s Central Bank.

Ma’s statement, which was not originally reported, was meant to appease the regulators during the meeting. Also present during the meeting were officials from other Chinese financial agencies that monitor activities involving banking, insurance, and securities. Ma had tried to persuade the officials from suspending the IPO by offering to give the country parts of the giant fin-tech. The meeting took place just days before the IPO was to start.

According to reports, Ma’s offense was criticizing one of the policies of Chinese President Xi Jinping. In a speech in October, Ma had condemned Jinping’s famous scheme which is meant to keep a lid on financial risks in the country. According to Ma, the policy has been made to suppress innovations. The officials reportedly told Ma during the November 2 meeting that his company’s business policies have raised concerns in Beijing.

Ma’s offering did not appease the regulators as not only was the IPO suspended, the country has new measures in place, now, to check the activities of Big Tech companies in the country. Alibaba, the world’s largest retailer, and another Chinese company were each fined RMB 500,000 (approximately 76,500) earlier in December. The fine was issued for the company’s failure to appropriately report some deals made in the past, Marketwatch writes.

Sources in the Chinese financial world have revealed that a decision has not been made about accepting Ma’s offer. One of the measures the Asian country is, however, reportedly considering, to reign in Ant Group, is to subject the company to stricter capital and leverage legislations. If this happens, Ant Group’s capital would fall and state banks or other state investors would acquire parts of the company to make up for the lost revenue.

The future remains bleak for Ant Group’s IPO, especially as it was gathered that Jinping had taken a personal interest in the IPO which would have raised Ant Group’s worth to $313 billion. The president had reportedly ordered regulators to investigate the dangers of the IPO and suspend it.

“It is still very possible that some parts of Ant Group would be nationalized,” one of the advisors at Beijing reportedly stated.