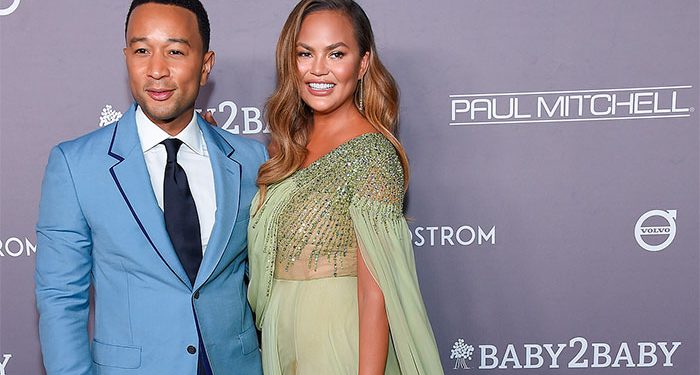 Chrissy Teigen and John Legend lost their unborn baby – Jack. It was a stillbirth, and the couple took to social media to express and mourn their loss. Teigen stated that she lost the unborn baby to excessive bleeding from its placenta despite several bags of blood transfusion. She also shared several photos from her hospital bed and detailed her experience carrying the baby and eventually losing it.

The couple announced the pregnancy in August and even named the baby Jack. They have two other children – Luna Simone, 4; and Miles Theodore, 2. They were hoping to make another addition to the family before the unfortunate loss occurred. Teigen even apologized to her unborn baby for failing to provide it home, saying the baby fought really hard to join her family without success.

“Jack worked so hard to be a part of our little family, and he will be, forever,” the grieving mom wrote. “To our Jack – I’m so sorry that the first few moments of your life were met with so many complications, that we couldn’t give you the home you needed to survive.  We will always love you. On this darkest of days, we will grieve, we will cry our eyes out. But we will hug and love each other harder and get through it.”

Teigen, 34, said the excessive bleeding made it impossible for the placenta to give the baby the nourishing fluids it needed to survive and even blamed herself for absorbing the baby’s fluid and getting fatter with it. She noted that even with her first two kids which she had by IVF and had to be induced to be born early, the placenta failed on a number of times, depriving the babies of much-needed nutrients.

“We were never able to stop the bleeding and give our baby the fluids he needed, despite bags and bags of blood transfusions,” Teigen wrote. “It just wasn’t enough…it just stopped feeding him. It stopped taking care of him. I was stealing all his food because I was getting huge but he wasn’t getting big at all…”

Teigen thanked all her fans and those of husband John Legend, 41, and appreciated them for “sending us positive energy, thoughts, and prayers.  We feel all of your love and truly appreciate you.”

She further stated that driving back home from the hospital with no baby looked so unreal, and Legend on his own part took it like a man, saying he will always stay with his wife and kids to support them through the trying period.