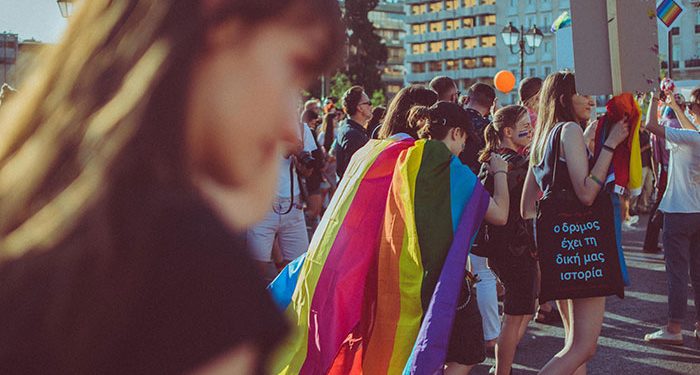 In the last 24 hours, the “Proud Boys” hashtag has been trending. However, it is for an entirely different reason from that in which it trended for days after the US presidential debate. President Trump had refused to condemn White Supremacy groups, particularly the Proud Boys while telling them to “stand back and stand by.”

The ProudBoys hashtags flooded major social media platforms such as Twitter and Reddit, with photos of gay men and their partners or love interest showing affection for each other.

Although there is no idea as to whose original thought it was to turn the hashtag into one in which gay men publicly supported themselves and expressed public display of affection, a tweet from the actor George Takei might have influenced the current campaign.

“I wonder if the BTS and TikTok kids can help LGBTs with this,” George Takei had tweeted on October 1. “What if gay guys took pictures of themselves making out with each other or doing very gay things, then tagged themselves with #ProudBoys. I bet it would mess them up real bad. #ReclaimingMyShine.”

Twitter users heeded the actor’s call and began tweeting images of their partners, with aspiring and supporting quotes to go with it. With increased support for his call to action, George Takei tweeted his love interest and shared encouraging words about their journey so far.

Some sections of social media users were happy about the takeover of the Proud Boys hashtag by gay people. Some said this is a welcome development – in stark contrast to the hate that was spread by the white supremacy group.

The Proud Boys are a far-right group with white supremacy ideology. The group was created by Gavin McInnes, the co-founder of Vice Media. They have a history of violent confrontations with law enforcement officials, and some of its members have been convicted for violence against anti-fascist protesters. The Anti-Defamation League considers their ideology to be “misogynistic, Islamophobic, transphobic, and anti-immigration.”

The group was thrown once again into national discourse days after the presidential election in which President Trump refused to condemn the group’s activities and their ideologies outrightly. When asked to condemn white supremacists, Trump evaded the call. Instead, he called on the Proud Boys to “stand back and stand by.” His move was promptly interpreted as an endorsement for the group.

They flooded the social media space with memes and posts celebrating and promoting the comments made by President Trump. Some used the opportunity to profit by selling merchandise, which had Trump’s comments ascribed on it.