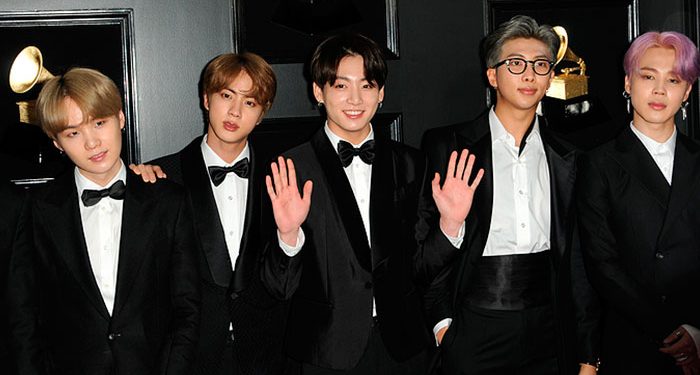 Members of the 7-member K-pop band, BTS, are set to become millionaires after their label company, Big Hit Entertainment, made its Initial Public Offering (IPO) on Monday. The label issued each of its shares at 135,000 won ($115). With 7.13 million shares to be sold, the company speculates that about 962.55 million won ($822 million) will be raised from the IPO. This offering is the biggest of its kind in South Korea in three years according to Dealogic.

Big Hit Entertainment will be valued at 4.3 million won ($4.1 billion) after the IPO which is scheduled to start on October 15. Bang Si-Hyuk, CEO of the label, gave the seven members of BTS 68,385 shares each in August. These shares are valued at almost $7.9 million for each member making all seven members multi-millionaires. The CEO who owns 43% of the company’s shares is now a billionaire, CNN reported.

The deal has brought good fortune to the “Beyond the Scene” band as well as the CEO of the company. It also gives the die-hard fans of BTS, who refer to themselves as “ARMY”, the opportunity to be a bigger part of the group. The group was created by Bang in 2013 and has broken a number of records, the latest of which is getting 101.1 million views in 24 hours for “Dynamite” their first song to be completely performed in English. BTS recorded a total of 756,000 fans live-streaming their online concert in June, setting the Guinness World record for the music concert with the most views.

The new multimillionaire members of the band are Kim Tae-Hyung (fondly called V), Jeon Jung-kook, Kim Seok-Jin (Jin), Jung Ho-Seok (J-Hope), Park Ji-min, Min Yoon-Gi (Suga), and  Kim Nam-Joon (RM). Big Hit Entertainment has been managing the band since it was formed. BTS is one of the K-pop bands to be recognized in the western musical world. The band is the third musical group following The Monkees and The Beatles, to have three albums on the number one spot on the Billboard 200 charts in just one year.

Big Hit Entertainment was initially considered a small record label, but over the years it became very successful as a result of the good BTS reception all over the world. The company announced that BTS is responsible for 98.7 billion won ($84 million) out of the 587.2 billion won (about $500 million) it made last year.

The company reported that the COVID-19 pandemic affected the earnings of the band as a result of canceled concerts and decreased sales. This might pose a difficulty for BTS and Big Hit Entertainment. Sales were reduced by almost 8% during the peak of the pandemic. The label has stated that the BTS contract ends in 2024.

The company also announced that “BE” the second album of the band will be released on November 20.