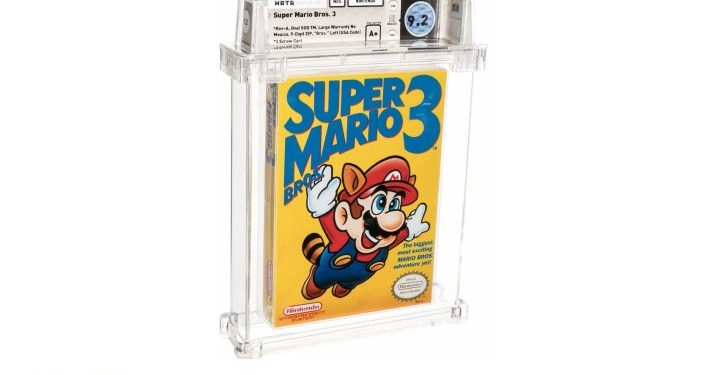 What makes this copy of the game so special?

It is because it has a special design. According to Valarie McLeckie, the director of video games at the Heritage Auctions, they were more than excited at the thought of breaking another record, making it the second time in one year, Fox reports.

“That said, it’s no surprise that another Mario game, which so many of us grew up with, would set a new bar,” McLeckie disclosed.

Even though the game is in good condition, the design of the packaging is what makes it distinct and unique. Copies of this video game that have the word “Bros” on them which extended to Mario’s gloves are extremely difficult to find.

Collectors of video games have spent years searching for such a copy; and this is one of the reasons why this copy sold for such a huge amount during the auction. Fruitless searches have been made by them to get the latest production copy of this video game.

Heritage Auctions also sold another copy of Super Mario Bros. 3 in July for $38,400. The game has a grade of Wata 9.0 A. Collectors continue to search for other outdated games from the same company and other notable game companies around the world. These ancient games fetch huge amounts of dollars at auctions if they remain functional and in good condition.