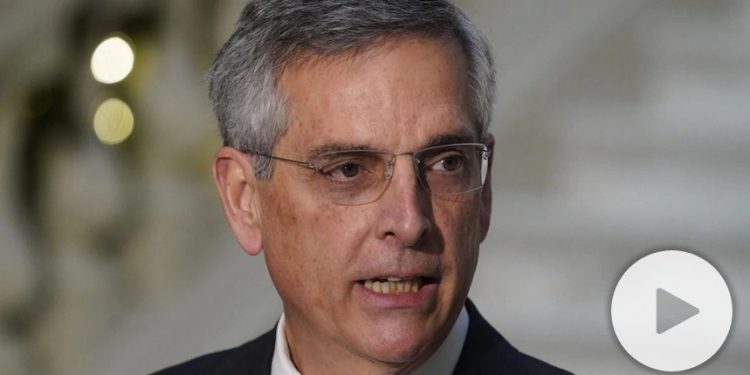 President Donald Trump has promptly replaced a top federal prosecutor in Atlanta with another of his favored candidate. In the process, Trump overlooked a top career prosecutor who was supposed to have taken up the office, Fox News reports.

This current development is coming on the heels of the Monday resignation of US attorney Byung J. Pak who gave no reason for his sudden departure. However, Pak thanked the president for the opportunity to serve in his former position, considering it the highlight of his professional career. Pak also extended his gratitude to the United States Senate, former Attorneys-General Jeff Sessions, and William Barr.

Pak, originally from South Korea, having arrived in the US as a young boy of 9, was until his appointment by Trump, a Republican state representative in Georgia, serving from 2011 to 2017. It is yet to be established if Pak resigned of his own accord or was pressurized to do so.

President Trump overlooked First Assistant US Attorney Kurt Erskine, a prosecutor who was supposed to take over the saddle in acting capacity once Pak had resigned. Traditionally, US attorneys are replaced once a new administration takes over. It was expected that Pak would stay until there is a change in the presidential guard.

In an internal memo sighted by news outlets, the reason for Pak’s resignation was given as due to unforeseen circumstances. Before noon on Tuesday, his bio had been removed from the US attorney’s webpage.

Pak’s resignation is coming hours after the leak of an audio recording of the telephone call between Trump and Georgia Secretary of State Brad Raffensperger. During the call, Trump lashed out at Raffensperger, insisting that there were widespread cases of election fraud and voter manipulation, calling for the votes counts to be called in in his favor.

During the call, Trump complained about a federal prosecutor in Georgia, whom he accused of being anti-Trump. Many people believe Trump was referring to Pak.

Prosecutors in Berman’s office resisted the move, and Barr ultimately backed down. The first assistant US attorney in Manhattan, Audrey Strauss, was subsequently allowed to take up the post in an acting capacity.