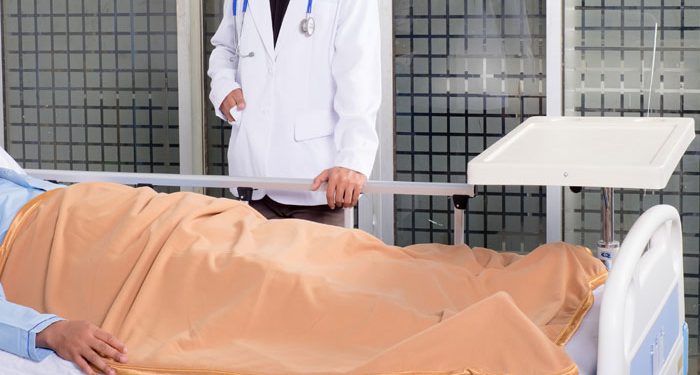 In a new video posted from his private suite in the Walter Reed National Military Hospital, President Trump said he felt much better while admitting that the next few days will be critical in his fight against COVID-19.

In the broadcast, President Trump said he didn’t want to be locked up in the White House to enjoy his convalescence period as he was told to do by doctors, but wanted to be out fighting like a good leader is expected to do.

In his 4-minute video on Saturday, Trump said he had no option but to leave the White House even though the option of staying back was also on the board for him.

Citing his need to lead the most powerful country in the world from the front, Trump said that he couldn’t be locked up in a room upstairs and feel totally safe, thereby leaving the fate of the country for others to handle. “As a leader, you have to confront problems,” he said.

The White House Press Secretary released a statement, saying that Trump will now work from outside of his hospital suite for the next few days, out of the need to stay cautious.

The president showed his appreciation to everyone, including the medical team, who saw that he got back to his feet as soon as possible. He also extended his sincere gratitude to world leaders who showed support and wished him a quick recovery. He said that although he came to the Walter Reed Medical facility not feeling quite well, he’s doing much better now and will be back soon.

He also alluded to his need to be back and try to get his campaign back on track. He said, “I look forward to finishing up the campaign the way it was started and the way we’ve been doing, and the kind of numbers that we’ve been doing.”

Trump is 74 years old and clinically obese. These factors put him at a higher risk of complications from the coronavirus, which has killed over a million people worldwide, the majority of who were above the 65 years mark.

As Election Day approaches, Joe Biden of the Democratic Party seems to be having the upper hand if the poll numbers are anything to go by. Biden has been ahead of Donald Trump since the start of the year. Recent figures show that he has hovered around the 50% figure for months now, often coasting to a 10-point lead on certain occasions.